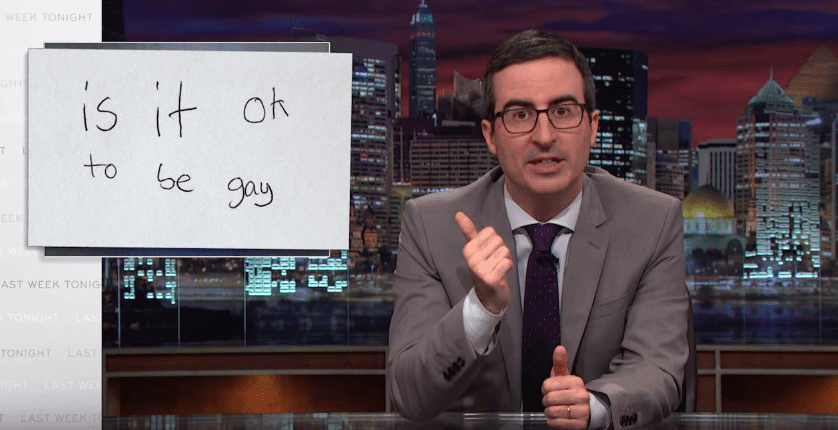 On Sunday’s Last Week Tonight, host John Oliver zeroed in on the sorry state of sex education in America, which varies widely between school districts and in some states severely limits what can be taught about homosexuality.

And for those areas of the country stuck with abstinence-only programming, Oliver unveiled his own star-studded sex ed video featuring Laverne Cox, Jack McBrayer, Nick Offerman, Megan Mullally, and others.