Anchorage, Alaska has passed an historic ordinance (it’s the first of its kind in the state) protecting its citizens on the basis of sexual orientation and gender identity, the Alaska Dispatch reports: 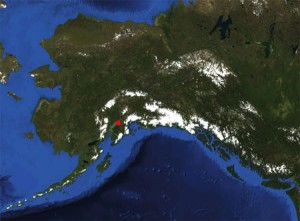 Mayor Ethan Berkowitz said he does not plan to veto the ordinance, which was co-authored by Assembly members Bill Evans and Patrick Flynn and passed shortly before midnight Tuesday. The ordinance adds protections to Anchorage equal rights laws for gay, lesbian, transgender and bisexual people in housing, employment and public accommodations and includes exemptions for religious groups and those with ministerial duties.

In a joint statement released immediately after the Assembly vote, the organizations Alaskans Together for Equality, the American Civil Liberties Union of Alaska, the Pride Foundation and the Human Rights Campaign praised the ordinance and the efforts of Evans and Flynn. Evans usually votes with the Assembly’s conservative bloc, and Flynn usually votes with the liberal bloc.

The ordinance passed in a 9-2 vote and will take effect immediately when signed by Assembly Chair Dick Traini. The Assembly rejected a motion for a public advisory vote.

Opponents say they will begin working on a referendum to repeal it.