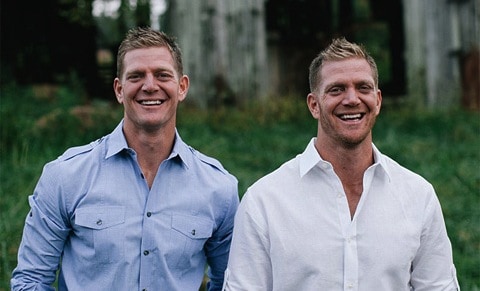 The anti-gay Benham Brothers are back and this time calling on people to “follow Kim Davis’ example” in a new blog for the right-wing rag, World Net Daily.

In arguing that America has abandoned “the God of the Bible”, the Benham brothers go on to pull in George Washington into their rant, using a misattributed quote that he never actually said:

George Washington said, “It is impossible to rightly govern a nation without God and the Bible.”

When we reject God’s law by removing His influence from every vestige of society, how can we rightly govern ourselves?

As Right Wing Watch points out, it was the Benham Brothers’ father, Flip Benham, who led the protests at the home of Judge David Bunning. The 30-or-so protestors took up residence on Bunning’s front lawn, accusing him of being “in contempt of God.”

Like Governor Mike Huckabee, the Benham Brothers argue that gay marriage is not actually legal in Kentucky:

The power to define marriage is not delegated to the federal government anywhere in the U.S. Constitution. Therefore, according to the 10th Amendment, individual states have the right to define marriage. And the way to do this is to amend a state constitution, which dozens of states have already accomplished by votes of the people. This is the beauty of our system. “We the People” get to decide on our laws (democracy).

This is the law in Kentucky.

So, based on our system of government, Kim Davis did what was right by refusing to issue same-sex marriage licenses because she was upholding Kentucky law. And the 10th Amendment protects the law that Kentuckians put in place.

So the question is, if Kim Davis is sitting in jail as a lawbreaker today, what law did she break? Did the U.S. Congress pass a gay-marriage law when we weren’t looking? Was a same-sex marriage amendment voted on by the people of Kentucky without notice? The answer to all of these is “No.”

The fact of the matter is that five members of our Supreme Court have gone rogue and become tyrannical, disregarding our constitutional and federal system of government. And we the people believe that their opinion (decision) actually made a new law, legalizing gay marriage.