Some wags have opened a Blue Oyster Bar on Vladimir Putin's plot of land on Åland and dressed as gay workmen. Genius pic.twitter.com/CGNkFpPe5V

A pair of comedians has built a makeshift gay bar on a plot of land in Finland owned by the Russian government. The bar, which is based on the Blue Oyster gay bar from the Police Academy films, was built in protest of Russia’s anti-gay propaganda laws.

Far & Son (below), who are described as a hip-hop comedy duo, told the Swedish newspaper Aftonbladet: “We expected a bit more of a vigorous response from the Russians and that they would immediately send the Scud missiles into the gay bar, but it seems they can’t keep up with Far & Son. They are simply cowards.”

An editorial in Thursday’s Ålandstidningen said it supported the hip-hop duo’s satirical protest, saying that whereas the Soviet Union had attacked the west for its decadence, commercialism and pop music, Vladimir Putin’s Russia now attacked it for gay rights and preaching radical feminism.

It added that it was dangerous to underestimate the Russian president, who had a measure of global popularity that meant it was important to stand up for tolerance.

The local police considers it an act of trespassing and has been in touch with the Russian consulate. The comedians could face three months jail time but remain defiant. 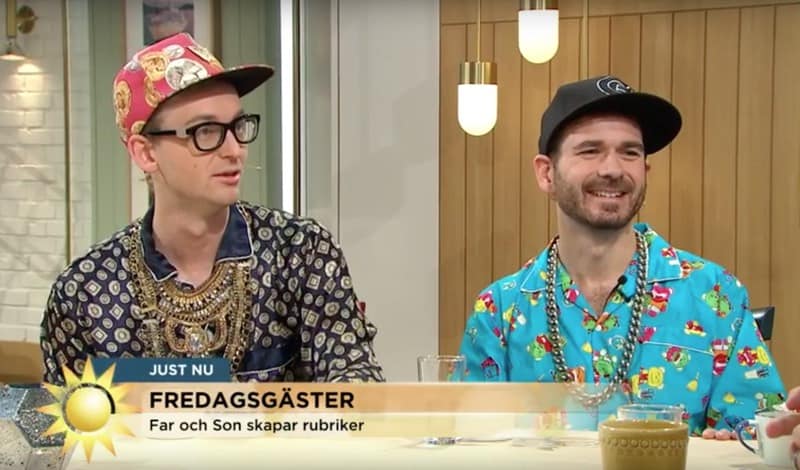