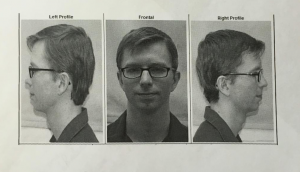 Despite the U.S. military’s approval of hormone therapy for Chelsea Manning as part of her gender reassignment, the convicted Wikileaker has been denied her request to grow her hair out to female standards.

Bad news for me: Military continues to make me cut my hair to male standards > = | I’m gonna fight in court

Military officials cited security concerns as the reason behind the denial.

“Even though the military agrees that allowing Chelsea to grow her hair is a critical part of her treatment plan, they continue to deny her basic human and constitutional rights,” said Chase Strangio, attorney in the ACLU’s Lesbian, Gay, Bisexual and Transgender Project, in a statement. “When we filed our lawsuit a year ago, Chelsea had already waited more than a year for even minimal care to treat her gender dysphoria. We are confident that this decision will be overturned by the court but saddened that Chelsea’s treatment continues to be needlessly impeded.”

In September 2014, the ACLU filed a lawsuit demanding that the Department of Defense provide Manning with appropriate medical treatment for her gender dysphoria.

Related, U.S. Army Court of Appeals Rules Military Can No Longer Refer to Chelsea Manning as a Man