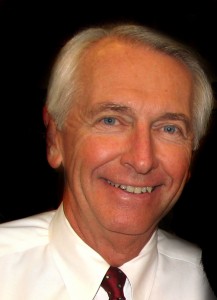 Kentucky Governor Steve Beshear urged a federal judge to dismiss a lawsuit brought against him by Rowan County clerk Kim Davis because her legal arguments “demonstrate the absurdity” of her position.

Davis has long argued that Beshear unlawfully ordered her and other county clerks to issue marriage licenses to same-sex couples. Beshear says that’s not the case and, as a result, her suit has no merit.

Lawyers for Beshear said his letter of June 26 merely informed county clerks of the Supreme Court ruling and added that Kentucky will abide by it. But even if he had not sent the letter, the ruling would still obligate county clerks to issue licenses to same-sex couples, the lawyers said.

They disputed Davis’ claim that the governor could have directed the state to issue marriage licenses, relieving Davis and other clerks of the responsibility.

“Davis is simply wrong,” they said. “Neither the governor” nor the other state official she sued “is responsible for setting or enforcing marriage licensing policy,” which is the province of the state legislature.

The notion that the governor could require licenses to be issued on his authority “demonstrates the absurdity of Davis’ argument.”

What’s more, the governor’s lawyers said, state law does not require Davis or any other country clerk to condone or approve of same-sex marriage. The purely administrative function of certifying that the legal requirements have been met “does not implicate her individual religious beliefs.”

The judge considering the motion is the same judge, David L. Bunning, who sent Davis to jail and who saw Kim Davis supporters picket on his front lawn earlier this year.