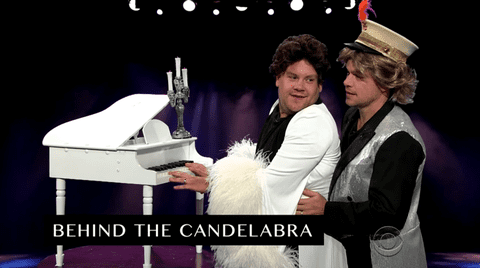 Matt Damon was on The Late Late Show with James Corden last night and enlisted the late night host in reenacting his expansive acting career.

Watch as Damon and Corden cover Good Will Hunting, School Ties, Ocean’s Eleven, Ocean’s Twelve, Ocean’s Thirteen, Rounders, Happy Feet Two, Saving Private Ryan, Invictus, The Martian, The Bourne Identity, The Bourne Supremacy, The Bourne Ultimatum, We Bought A Zoo, Stuck On You, Behind The Candelabra, The Informant, The Adjustment Bureau, True Grit, The Departed, and The Talented Mr. Ripley, below:

RELATED: Whoopi Goldberg to Matt Damon: Sexuality ‘Has Nothing to Do With What My Abilities Are’ as An Actor – VIDEO