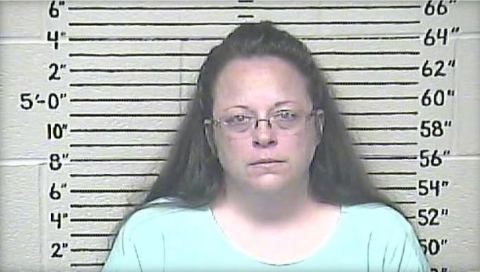 Breaking News: Kim Davis to be released from prison.

According to reporter Shannnon Ragland and a copy of the judge’s order, Davis is to be released immediately and has been ordered not to interfere with the issuing of marriage licenses to same-sex couples.

Judge Bunning has released #KimDavis from jail immediately.
She must not interfere with issuing marriage licenses.http://t.co/m8yZEjzwXL

Kim Davis' husband Joe not taking any questions about report she may be released from jail. pic.twitter.com/u3iN2nic9z

UPDATE: The White House does not have a comment on Davis’ release.

.@PressSec says he has no "specific comment" on judge's decision to release Kim Davis from jail.

Asked by @AprilDRyan if Kim Davis fits into a bigger picture, @PressSec replies, "Not really."