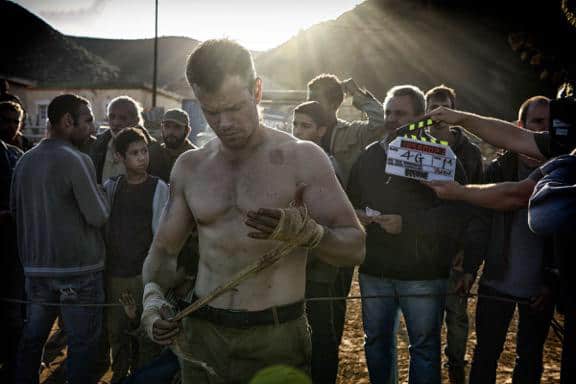 In a new interview, Matt Damon addresses old rumors about his and Ben Affleck’s respective sexual orientations and also suggests that gay actors in Hollywood are more successful if they stay in the closet.

Asked by The Guardian if he thought it was harder for actors to be openly gay in Hollywood, Damon remarked, “I’m sure. When Ben and I first came on the scene there were rumors that we were gay because it was two guys who wrote a script together.” Elaborating on that period in Hollywood (the late 90s), he spoke of the stigma that he saw attached to being openly gay. He sights Rupert Everett as an example of an openly gay male actor who he believes suffered because of homophobia in Hollywood:

“I know. It’s just like any piece of gossip… and it put us in a weird position of having to answer, you know what I mean? Which was then really deeply offensive. I don’t want to, like [imply] it’s some sort of disease – then it’s like I’m throwing my friends under the bus. But at the time, I remember thinking and saying, Rupert Everett was openly gay and this guy – more handsome than anybody, a classically trained actor – it’s tough to make the argument that he didn’t take a hit for being out.”

Everett has previously said that being openly gay hurt his career and has urged young gay actors to stay in the closet. A point Damon may agree with:

“I think it must be really hard for actors to be out publicly,” he continues. “But in terms of actors, I think you’re a better actor the less people know about you period. And sexuality is a huge part of that. Whether you’re straight or gay, people shouldn’t know anything about your sexuality because that’s one of the mysteries that you should be able to play.”

Previous Post: « Ex-House Speaker Dennis Hastert Negotiating Plea Deal in Sexual Misconduct Cover Up Scandal
Next Post: Michael Sam on NFL Career: ‘It Probably Would Have Been Better For Me If I Didn’t Come Out’ – VIDEO »