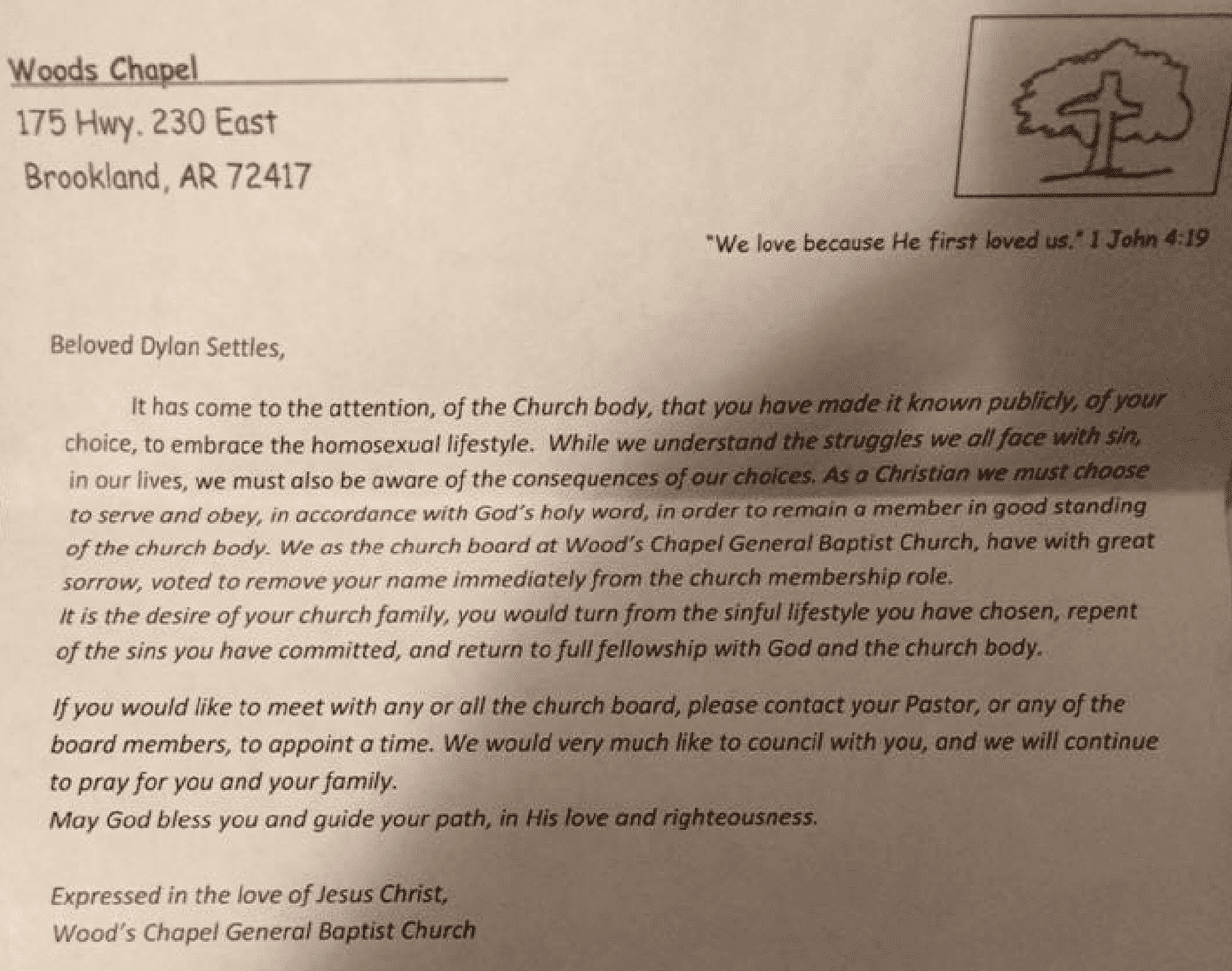 Dylan Settles received a letter from  Woods Chapel General Baptist Church in Brookland, Arkansas this week removing him as a member for choosing “to embrace the homosexual lifestyle.”

Settles shared the letter to his Facebook page where it has been shared more than 2,500 times.

Said the letter, in part:

“It has come to the attention of the Church body, that you have made it known publicly, of your choice to embrace the homosexual lifestyle. While we understand the struggles we all face with sin in our lives, we must be aware of the consequences of our choices. As a Christian we must choose to serve and obey, in accordance with God’s holy word, in order to remain a member in good standing of the Church body. We as the church board here at Woods Chapel General Baptist Church, have with great sorrow, voted to remove your name immediately from the church membership role. It is the desire of your church family, you would turn from the sinful lifestyle you have chosen, repent of the sins you have committed, and return to full fellowship with God and the church body.” 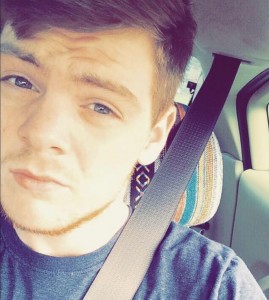 “I’m a little hurt by it, but I know how they feel…What I thought was probably a letter probably a trying to invite me to come. And they probably sent me a letter saying hey we missed you or we want to come to this fall festival that we’re having…I was like in awe. I was in so much shock, I couldn’t read the rest of it.”

Three months ago, he revealed his sexual preference to his parents after years of struggling with it.

“I asked for God to kind of just take it out of my life, and give me some hope and faith that I could find a wife or a girlfriend,” said Settles.

But he said that lifestyle is not for him.

“I was tired of living for somebody else … living for my parents or my friends or whoever,” said Settles. “I kind of just chose to live for what i wanted and be happy.”