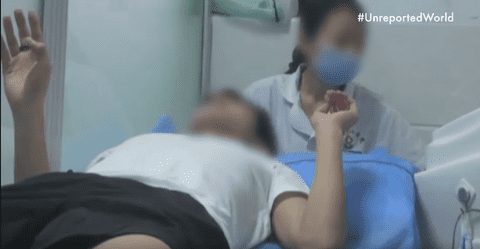 Gay rights activists are secretly filming the barbarous “treatments” being carried out at so-called gay conversion therapy clinics in China. The activists want to show the world that gay electroshock therapy is still being carried out in China with little to no interference from the government despite the fact that it is illegal. In fact, authorities seem to be more concerned with the gay rights activists’ filming than they are with conversion therapy.

A news report from the UK’s Channel 4 focuses on one of these activists, who goes by John. While discussing his own difficulty coming terms with being gay in a culture that doesn’t accept homosexuality, John admits, “I’m out to everyone except my parents.” He adds, “Because I think parents is the most hard part for the Chinese people.” According to the report, it’s mostly parents who take their gay children to receive electroshock therapy.

During undercover filming, John speaks with one clinic, feigning interest in repressing his homosexual urges. An employee from the clinic then explains their methodology. 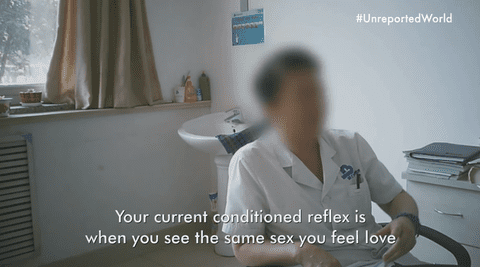 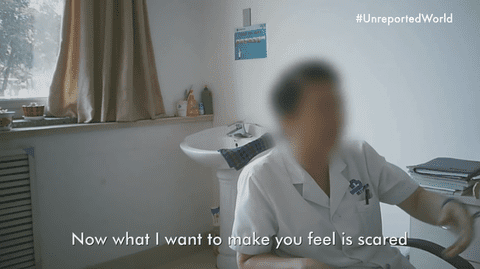 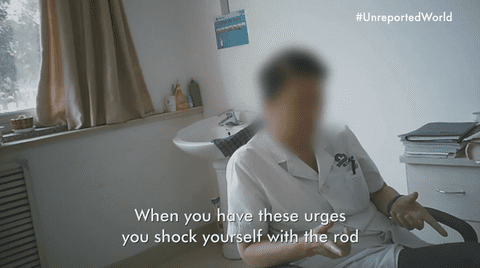 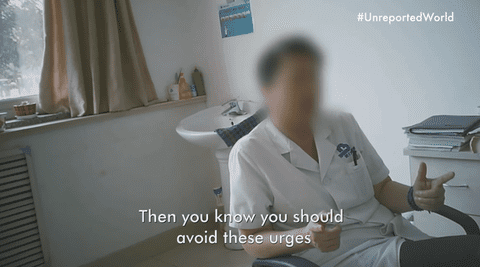 Watch the report below. Be advised some of the images are disturbing.

Previous Post: « Newark Archbishop Bans Catholics Who Support Gay Marriage From Receiving Communion
Next Post: Music Video for New Order’s ‘Restless’ Is a Sexy (And Shirtless) Take on ‘The Sword in the Stone’ – WATCH »