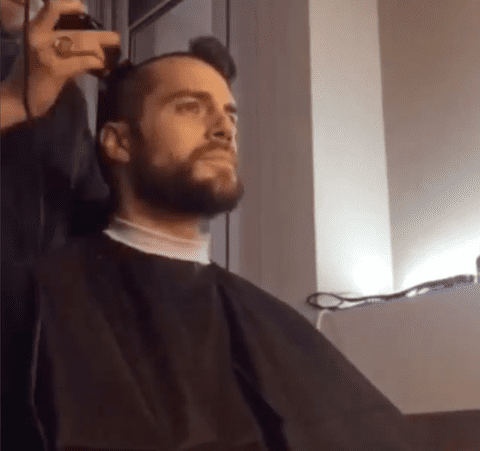 While many men choose to grow their hair out come fall, Henry Cavill is bucking that trend–albeit for reasons not to do with grooming preferences.

The ‘Man of Steele’ has wrapped filming on Batman v. Superman: Dawn of Justice and is getting prepped for his next big role, one that requires less hair. Cavill will play a U.S. soldier in Sand Castle, an Iraq war thriller that also stars Nicholas Hoult. Hitfix reports:

“Set during the U.S. occupation of Iraq, a squad of American soldiers attempt to protect a small village. Of course, the military frowns on copious amounts of hair, so that means one thing: Superman’s coif has got to go.”

Watch Cavill’s transformation in real-time, below: