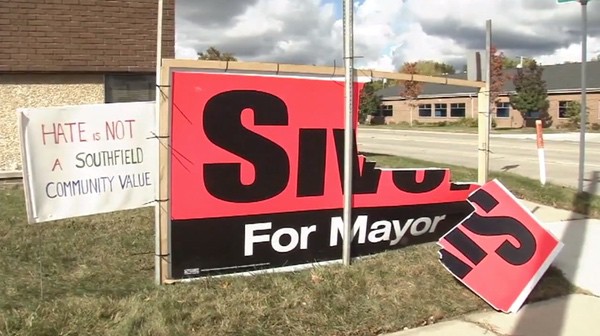 Ken Siver, an openly gay candidate for mayor of Southfield, Michigan, a northern suburb of Detroit, had two of his campaign signs destroyed and a third defaced with homophobic slurs, according to local media. 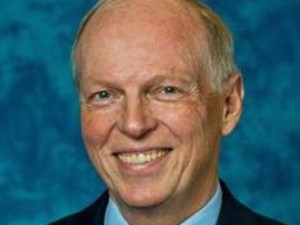 “I’m upset and disturbed by the (incident),” said Siver. “It’s not a Southfield value. There hasn’t really been any racial strife here. We’ve had a lot of harmony in this community.”

Thursday, Siver’s campaign put a smaller white sign next to the defaced 8-foot vandalized sign, which read “Hate is Not A Southfield Community Value.”

He said he believes the slurs were directed at him because he is white and is gay. “I think they are trying to find ways to discredit me,” said Siver, who added he has no proof of who is responsible for the vandalism.

Siver is a longtime city councilman.

Watch a report from FOX2: