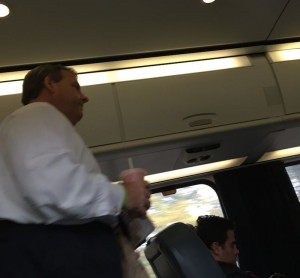 > Chris Christie got kicked out of Amtrak’s Quiet Car for yelling.

> This is what it’s like to be an LGBT Syrian fleeing for your life.

> Ricky Martin is not opposed to the occasional shirtless selfie:

> Former Montana Governor Brian Schweitzer endorses Martin O’Malley for President: “I’m endorsing Martin for President today because I believe he is the candidate that best represents the future of our Party,” Schweitzer said in a statement released by the campaign. “Martin and I don’t agree on every issue, but he is the only candidate with a proven record of getting things done, and I believe he is the best candidate to take on Republicans in November 2016.” 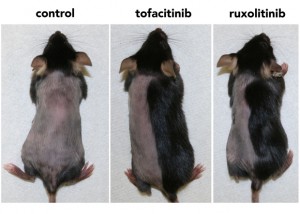 > Identical strangers stunned after meeting one another in Germany.

> Comet Lovejoy is releasing as much alcohol as 500 bottles of wine every second: “The discovery marks the first time ethyl alcohol – the same type that you might find in a Martini – has been seen in a comet. It adds to evidence that comets could have been a source of the complex molecules necessary for the emergence of life on Earth.”

> British transgender teen says he was refused a haircut by a barber because of ‘different’ hair: “The 16-year-old says staff turned him away and said they were not insured to cut women’s hair. But Barber Barber, the store in Liverpool, denies the incident took place and insisted their ‘no women’ policy is intended to be taken lightly. Gould’s mother Ruth said staff told her “we don’t do trans people” when they inquired about getting a cut.”