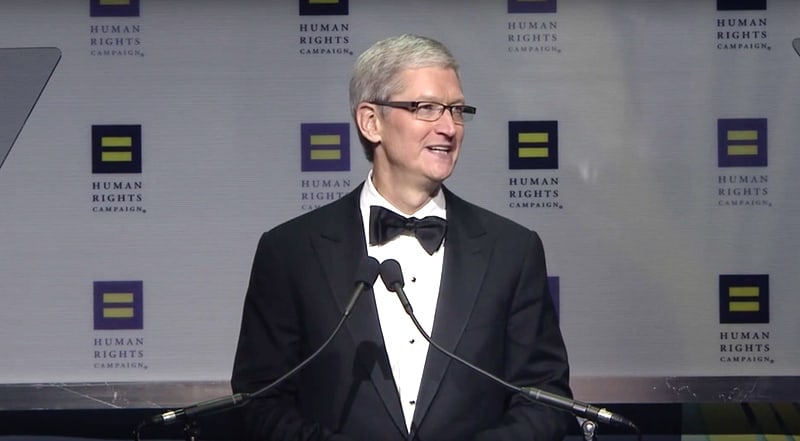 “I love to see the iPhones,” Cook smiled, striding to the podium.

Cook then talked about coming out last year, in an article he wrote for Bloomberg Businessweek.

RELATED: Apple CEO Tim Cook: ‘I Consider Being Gay Among The Greatest Gifts God Has Given Me’

Cook went on to blast discrimination and the homophobia that still harms gay and questioning youth:

“Thirty-one states, more than half the stars on our American flag, have no laws to protect gay and transgender people from discrimination. No state legal protection from being fired or evicted because of who you are or who you love. That day is not here yet because kids are still being told they’ll never amount to anything, or get sent to reparative therapy for a cure, or get bullied to the brink of suicide, or get pushed into believing they’re somehow defective when they’re just the way that God made them. That day is not here yet when some people claim exemption from what’s written in the constitution that no state shall deny Americans the equal protection of the laws. That day is not here.”