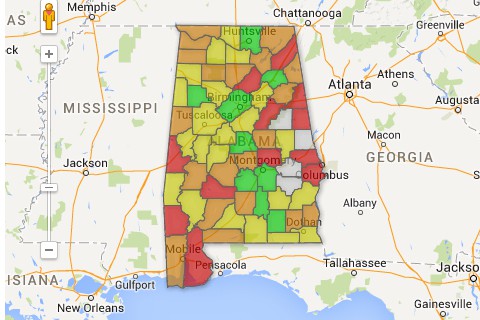 Judges are using the 54-year-old law, which made it optional for counties to issue marriage licenses to interracial couples during segregation, citing language that says probate courts “may” issue a marriage license instead of “shall,” the AP reports.

As many as 78,000 Alabama couples live in an area where they can’t obtain a license, forcing many to travel out of their way to a county that will issue them.

Currently no one has thrown a lawsuit at the judges denying licenses. Former Alabama Gov. Albert Brewer, who was a House member back in 1961 when the law in question was passed, reiterated that the law’s language is what allows the rebellious judges to apply it to same-sex marriage:

“Certainly they were talking about miscegenation at the time…There’s a big difference between ‘may’ and ‘shall.’”

Anti-gay Alabama officials have repeatedly attempted to undermine the Supreme Court’s Obergefell decision, even pursuing a bill that would’ve prevented the entire state of Alabama from issuing marriage licenses to anyone. Fortunately, the bill failed to achieve the necessary two-thirds house vote. However, Alabama probate judges, like Washington County’s Nick Williams, are refusing to budge, stating that their religious beliefs are being violated, in the vein of Rowan, Kentucky County Clerk Kim Davis.