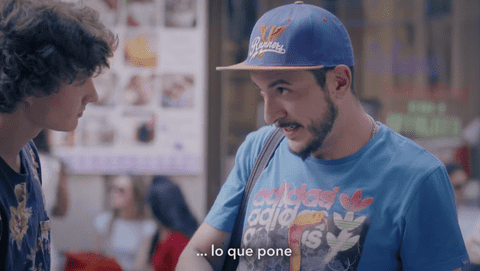 A new video from Spain’s State Federation of Lesbian, Gays Transsexuals and Bisexuals (FELGTB) shows what happens when everyday Spaniards are confronted with homophobia.

In the video that is evocative of ABC’s What Would You Do?, a young gay American couple arrives in Madrid and ask bystanders for help getting directions to their hostel and translating an email they received from the hostile. While the couple are actors, the people who stop to help the men are not.

As the bystanders read the email, which is filled with gay slurs and hateful speech that the couple cannot read because it is in Spanish, they get emotional. “It’s better if you go to another hostel, because this one is not very good”, one girl says. Another woman becomes so overwrought trying to translate the email she cannot continue. One man says, “Here in Spain, you cannot say this. You can take this to the police and they can close his business.”

And that’s precisely the point of the video. FELGTB wants people to know they have the right to file a complaint with the police against those who threaten, insult or physically assault someone because of their sexual orientation. The campaign uses the hashtags #ConLaVozBienAlta and #SpeakUpLoud to urge people to raise their voices to stop homophobia.

Watch the moving video below: