You are here: Home / Australian Senate Says No to Plebiscite on Marriage Equality – VIDEO 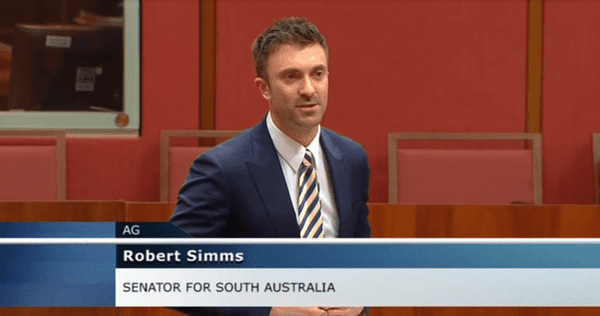 The Australian Senate on Wednesday voted against holding a national vote, or plebiscite, on same-sex marriage and called on newly elected Prime Minister Malcolm Turnbull to allow a free vote in the parliament on the issue.

Turnbull has previously said a plebiscite should be held to resolve the debate over marriage equality in Australia.

The upper house on Wednesday backed a Greens motion to urge Mr Turnbull to give Liberal politicians a free vote by the end of the year, noting a national plebiscite could encourage hate speech.

Legislators in the senate suggested that the parliament should vote on marriage equality rather than waste time and money on a national plebiscite. Out gay senator Robert Simms (above), spokesman for the Green Party on LGBTI issues and marriage equality remarked, “Australians don’t want another opinion poll on this issue. They want the Parliament to legislate.” Via Gay News Network:

“Momentum continues to build for marriage equality in this country,” Simms said.

“Today the Australian Senate rejected a divisive and costly plebiscite and instead called on the Prime Minister to grant a free vote on marriage equality.” […]

The motion passed “on the voices” with no precise count taken of who was for or against but a clear majority was in favour of the motion.

Meanwhile, Australia was publicly criticized at the United Nations for its failure to afford same-sex couples equal marriage rights. Via Marilyn Stowe:

Ireland, the Netherlands, Sweden, Spain and Iceland all singled out Australia for not allowing same sex couples to marry. The Swedish delegation asked what steps Australia would take to correct this issue. They also asked if the country would “provide full recognition of same-sex marriages from overseas”.

The delegates from Holland asked what action Australia was going to take to ensure that “same-sex couples and people with diverse sex and genders will be granted access to the civil institution of marriage”. Irish delegates called on Australia to “to take steps towards equal recognition of same-sex marriage”.

Only 2 weeks ago, Australia’s new Prime Minister Malcolm Turnbull reiterated his support for a plebiscite before the House of Representatives.

Many opponents of a plebiscite fear that a national vote would only give homophobes a platform to spew their bigotry, harming the nation’s LGBT community.

Check out this great examination of the perils of a plebiscite down under via Same Same, below. 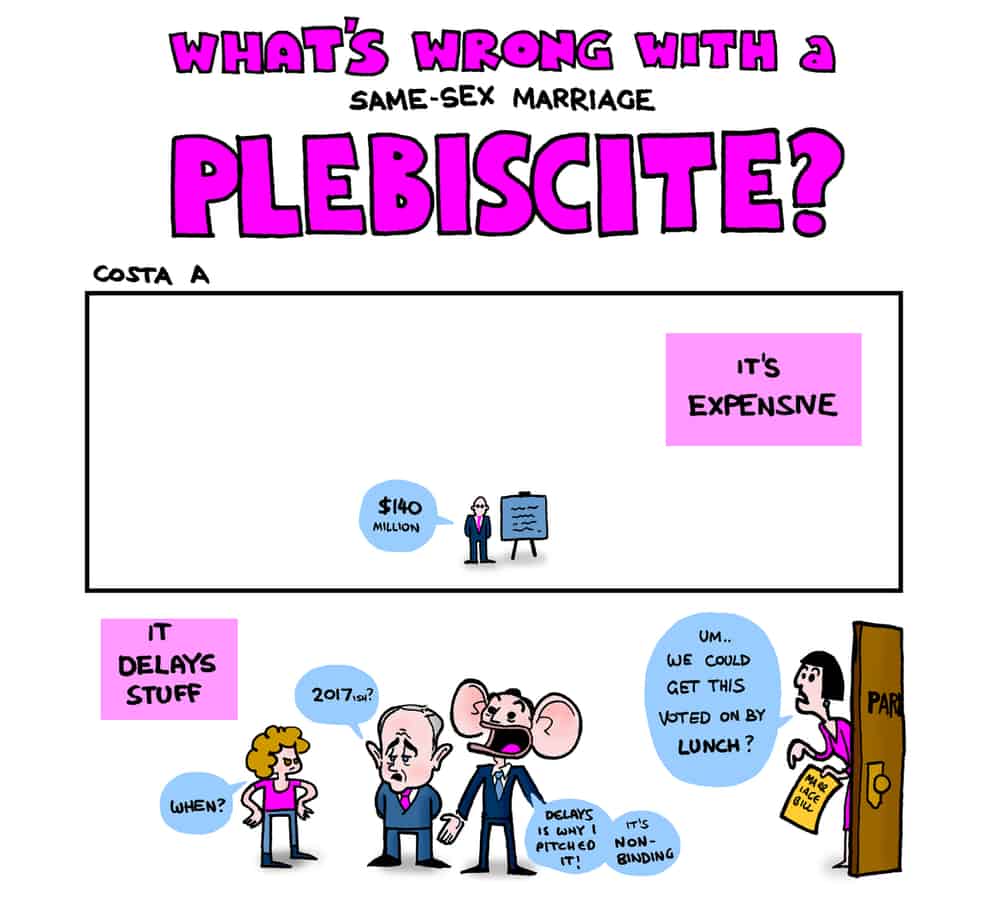 UPDATE: See Simms’ speech in the senate on marriage equality, below: