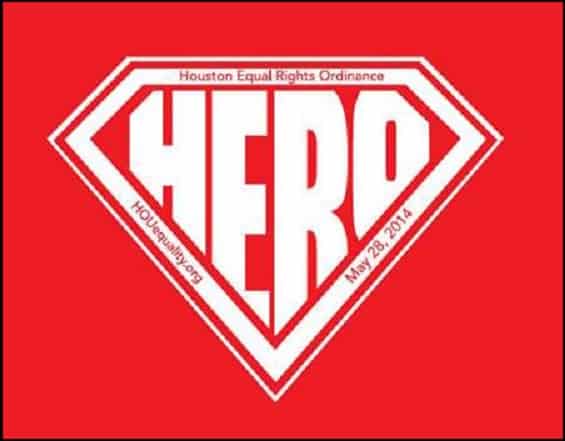 LGBT bloggers and local political scientists alike are slamming the campaign in support of Houston’s Equal Rights Ordinance, or HERO, which was defeated in a landslide at the polls on Tuesday.

Veteran gay journalist Michelangelo Signorile wrote at The Huffington Post that the LGBT movement needs “new leadership and a better plan, or we’re bound to see this happen again.” He compared HERO’s defeat to to the 2008 passage of Proposition 8 in California, citing a lack of outreach to minority communities and a failure to tackle the debunked transgender bathroom myth head-on.

LGBT activists argued until they were blue in the face that every other major city in Texas had such a broad ordinance, as did 200 other large cities across America — and Houston is the fourth largest city in the U.S. — but that argument held no weight against the lies of the “bathroom” ads. …

The coalition HRC led, Houston Unites, which also included the ACLU of Texas, with all of its money and star power, never effectively hit back against the lies with a powerful, biting rejoinder exposing the haters. They didn’t even respond in a clear way to the bathroom lie itself, running only one ad to counter it. …

We’ve got to stop making the same mistakes over and over again. What happened last night is reminiscent of the battle over Proposition 8 in California. The anti-gay side focused on harm to children, activating irrational fear deep inside people’s brains regarding homosexuals. There was no counterpunch, as in Houston, where ads did not powerfully take on the hate mongers. And there was no outreach to specific communities of color that the opponents were hitting with distorted hate messages.

Monica Roberts, a well-known black transgender activist in Houston, wrote at TransGriot that Houston Unites was a “whitewashed” campaign that reacted instead of being on the attack:

The Black LGBT community and our allies have been warning for months that action was needed in our community IMMEDIATELY or else HERO was going down to defeat.  We pleaded for canvassing in our neighborhoods, pro-HERO ads on Houston Black radio stations and hard hitting attacks to destroy the only card our haters had to play in the bathroom meme.

We also needed trans people of color front and center attacking the meme instead of being almost invisible for this entire campaign. But once again the Houston Black LGBT community was ignored, and this time the whole city will pay for Houston Unites lack of vision and the milquetoast campaign that was run.

More from Zack Ford at ThinkProgress:

Indeed, Houston Unites did very little to respond to the bathroom fearmongering, running only one ad that actually introduced a transgender person, and he didn’t discuss bathrooms at all. The other ads all emphasized the many non-LGBT groups that HERO would have protected. Some LGBT activists are already clamoring for change in future campaigns.

Brynn Tanehill, director of advocacy for the LGBT military organization SPARTA, wrote of HERO’s defeat that the LGBT movement’s traditional tactics simply cannot prevail over the myths about bathrooms in a single campaign. “Trying to convince the general public is an (expensive) fool’s errand,” she wrote Tuesday night. “The three million dollars in Houston could have been used to fund studies that would counter right wing talking points about transgender people, and continue to build the consensus of people who are experts in the field. Alternately that money could have been used to hire a transgender policy experts and advocates dedicated to working transgender issues full time in half the states in the US.”

Local political scientists were also weighing in. From The Houston Chronicle:

Supporters failed to come up with a coherent message and should have focused on the possible economic ramifications of failing to uphold the law, said Rice University political scientist Bob Stein.

“It doesn’t take a rocket scientist to figure out that the economic argument was a salient argument,” Stein said. “Would they have been able to win this with that messaging? I don’t know. But it would not have been as lopsided and someone could have resurrected the issue at council with a smaller margin.” …

Brandon Rottinghaus, a political scientist at the University of Houston, told the Chronicle that HERO supporters failed to get out in front of the bathroom issue:

“The pro-HERO folks didn’t realize early enough where the problems would be and didn’t do enough to negate the arguments that were likely to come,” he said. “Only late in the game did we see significant public support from notables from the Democratic party or from Hollywood. It was all in the fourth quarter, when the game was already won by halftime by the anti-folks.”