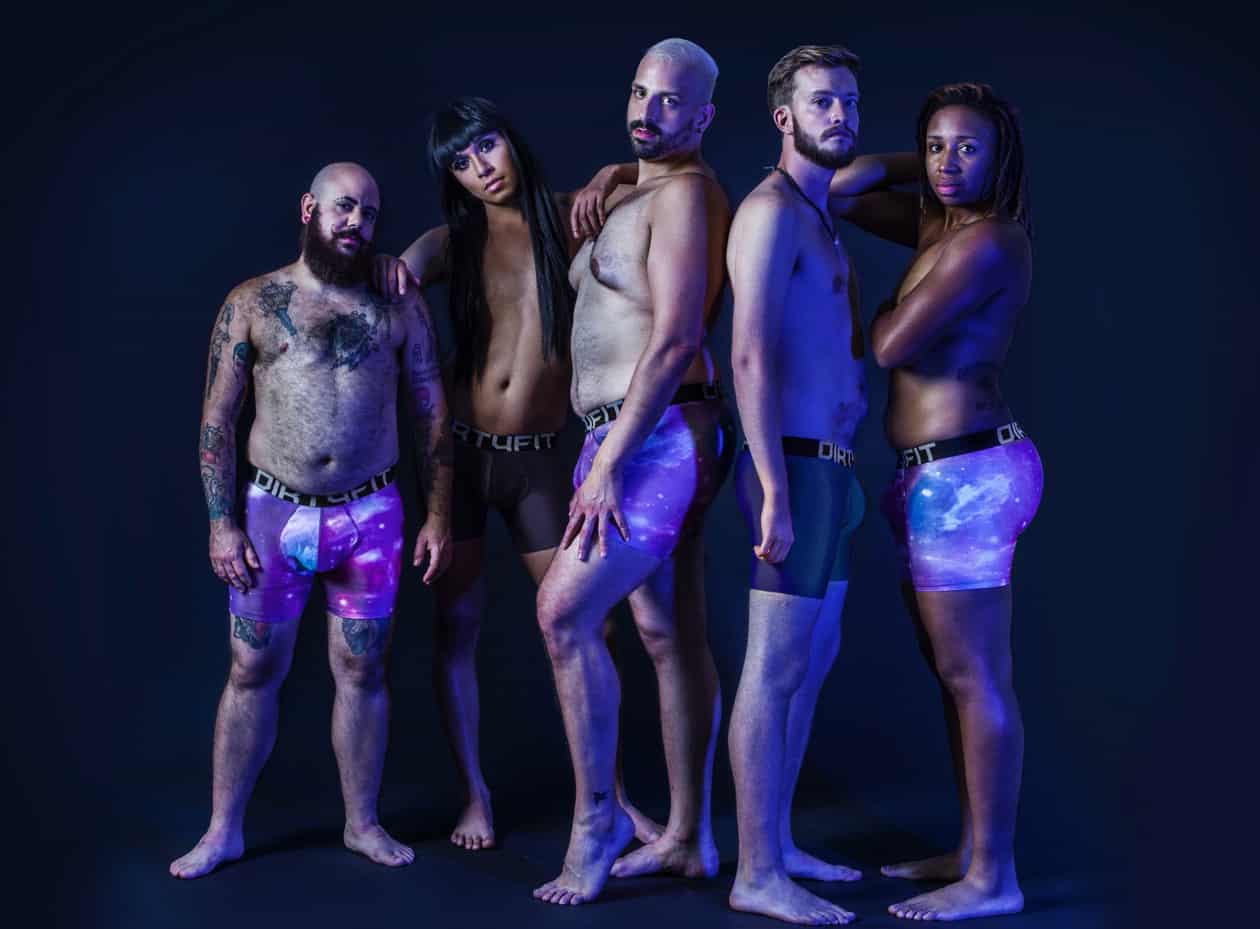 Gay YouTuber Davey Wavey has launched a new line of underwear for his label DirtyFit, the campaign for which is modeled exclusively by transgender and gender nonconforming models.

The Cosmic collection is designed to celebrate “every body in the universe.” Says Davey,

“As a creator and as an artist, my success has been built through the support of the queer/ LGBT community where certain body types get put in the spotlight a lot more than others. While this campaign doesn’t level the paying field, it celebrates many different members of our community. I would like to use my platform to share their stories and widen the conversation.”

In a video for the Cosmic collection, Dirtyfit’s models talk about their experience modeling underwear for the first time. One model says, “As a person who is bodied like I am, it’s empowering because it makes people see that there’s no one standard but a multitude that are all beautiful in their own way.”

Of the importance of being true to yourself, another model adds, “I don’t have to listen to what society says about me…I can be both masculine and feminine. Some days I don’t have to be either. I can just wake up and be human.”

Watch as the models strut their stuff, below: