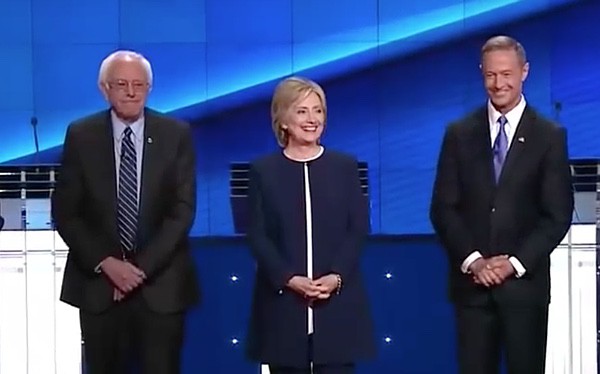 Steve Capus, the executive editor of CBS News and the executive producer of “CBS Evening News,” said in an interview late Friday that he was in the middle of a rehearsal for the debate when news broke about the slaughter in Paris. The CBS News team immediately shifted gears and reformulated questions to make them more directly related to the attacks. Mr. Capus said it was important for the debate to go on because the world looks to the American president for leadership during international crises.

“American leadership is put to the test,” Mr. Capus said. “The entire world is looking to the White House. These people are vying to take over this office.”

The candidates responded to the attacks on Friday night via Twitter:

The reports from Paris are harrowing. Praying for the city and families of the victims. -H

Horrified by the attacks in Paris tonight. My thoughts are with the victims and their loved ones.

Heartbreaking news from Paris. Praying for the country and its people. -O'M

Hillary Clinton, Bernie Sanders, and Martin O’Malley will take the stage at 9pm to 11pm ET on CBS.

The AP says to prepare for tougher attacks from both Sanders and O’Malley as they still trail Clinton by sizable numbers.

Where to watch/listen, via CBS News: