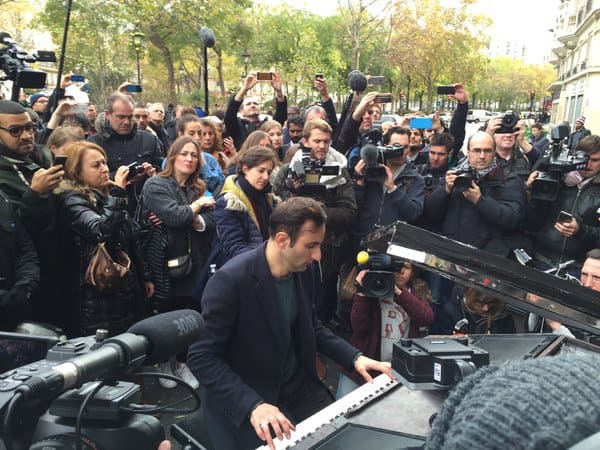 A man rolled up with a piano attached to his bicycle outside the Bataclan, the Parisian concert hall where dozens were murdered last night in terrorist attacks, and began playing John Lennon’s “Imagine”. The piano was painted with a peace symbol.

According to witnesses, he left right after the performance.

RELATED: More Than 120 Killed in Coordinated Terrorist Attacks in Paris

Scene outside #Bataclan after #ParisAttacks: Man pulled up with piano attached to bike, played Imagine and left. pic.twitter.com/p3ivcewHEK