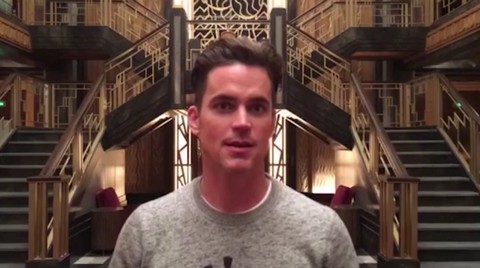 In a new video posted online by the Human Rights Campaign, Houstonian Matt Bomer employs his baby blues to convey his support for the Houston Equal Rights Ordinance (HERO).

The ordinance could be repealed if voters in Houston do not pass Proposition 1 this coming Tuesday, November 3.

Said Bomer in his video shot on the set of American Horror Story: Hotel:

Fellow out actor Jim Parson, also a Texas native, joined Bomer in voicing his support for HERO on Sunday:

“My roots in Houston run deep and I still have family and many friends who live there so, even though I can’t vote in this upcoming election, the outcome of this particular issue will still have an effect on me and the ones that I love,” said Parsons in an e-mail to HRC’s members and supporters. “I’m asking you to spread the word to anyone you know in Houston: please vote YES on Proposition 1 in favor of the Houston Equal Rights Ordinance (HERO) to protect all of Houston’s residents from discrimination.” 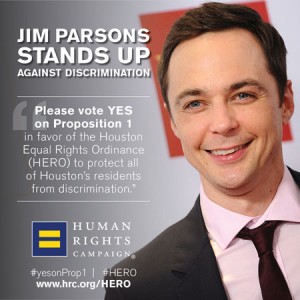