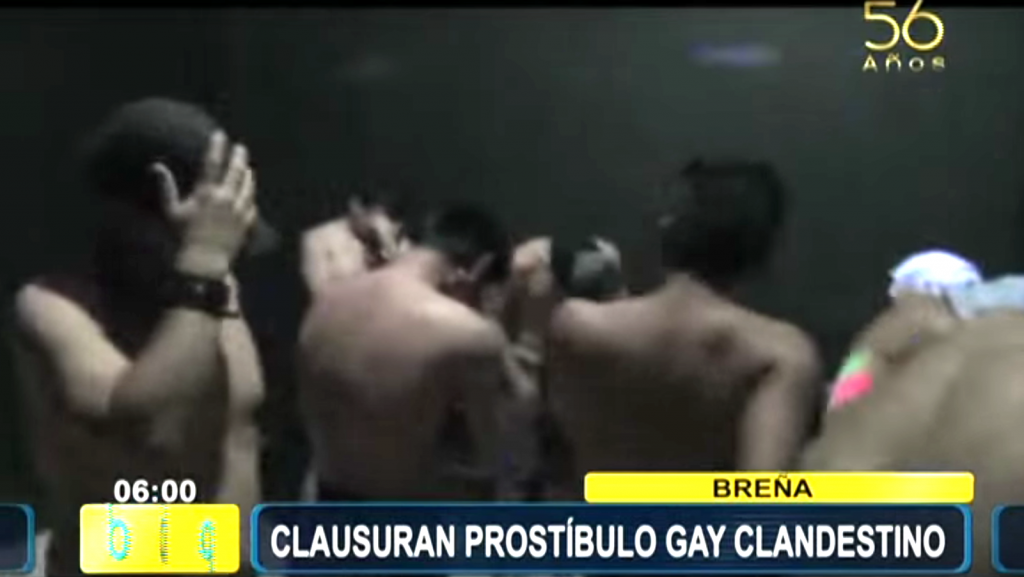 Earlier this week Peruvian police raided what is being described in the Peruvian press as a “clandestine gay brothel” in Lima. Peruvian media allege that Club Casanova was operating under the pretense of a strip club but was actually more of a bordello.

A news report posted yesterday shows the club shortly after the raid, suggesting that the reporters were tipped off to the raid. According to that report, approximately 60 people were detained by police, including the club’s owner, who was brought out in front of cameras by police to be publicly shamed. That news report also says that some couples were found having sex during the raid. Peruvian newspaer El Comercio reports that the raid had been planned for weeks. The cost of admission was “2 soles” (approximately $4 US). Guests were then given “two condoms and a plastic bag where they kept their personal belongings.” Whether Club Casanova was actually engaged in prostitution or was just a sex club is not clear at this time.

Watch the news report on the raid, below:

Previous Post: « Get Lost in Matt Bomer’s Eyes and Support Houston’s Equal Rights Ordinance: WATCH
Next Post: How to Successfully Pick Up a (Straight) Guy: WATCH  »