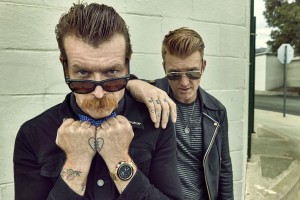 PARIS: Southern Californian band Eagles of Death Metal were reportedly able to escape from the Bataclan theater in Paris as terrorists seized the venue and took hostages. “The wife of Eagles of Death Metal drummer Julian Dorio also confirmed the band was safe, telling The Washington Post, “[Julian] called to say that he loved me and he was safe. Everyone on stage was able to get off.”

BAD TIMING: Lindsay Lohan dressed up as Sharon Tate and posted about it on social media on Charles Manson’s birthday.

MUSIC: Billboard magazine names Adele’s 21 the greatest album of all time. “The Billboard rankings used a descending point system that awarded the highest value for weeks that an album spent at No. 1 with consideration for changes in chart-ranking methodology over the years. Despite having a record 19 No. 1 hits, The Beatles placed only 54th on the all-time great album rankings with “Sgt. Pepper’s Lonely Hearts Club Band,” which spent 15 straight weeks at the top in 1967.” Does Kanye have anything to say about this?

LAW: Supreme Court to take up case over abortion restrictions in Texas. “The court said Friday that it will hear arguments later this term testing the constitutionality of a sweeping Texas abortion law that, if upheld, would allow the kind of major abortion restrictions not permitted in more than 40 years. Texas set the gold standard for tough abortion statutes two years ago. In June, the 5th Circuit Court of Appeals, based in New Orleans, upheld the law. The Supreme Court, by a 5-4 vote, temporarily blocked the ruling from going into effect. If the Supreme Court agrees with the 5th Circuit decision and upholds the Texas law, the number of clinics in the state would drop from the 40 that existed when the law was passed to nine or 10.”

B*TCH, I’M MADONNA: Idris Elba talks about opening for Madge. “I’m a DJ for hire, and she wanted a great one,” he joked. “I was excited, I had a great time. Madonna is a legend.”

TELEVISION: Shonda Rhimes says she has killed off a character because she didn’t like an actor. But she won’t name names. 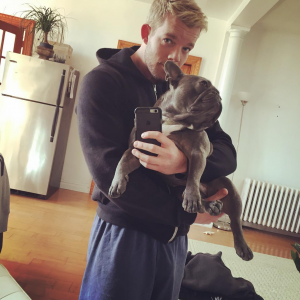 BROADWAY: Russell Tovey makes his singing debut in A View From The Bridge: “I’ve never been paid to sing. I’ve sung on a karaoke stage. A lot. But have I sung where someone’s been giving me a wage? No.”

PROTEST: LGBT students and allies at University of Tulsa to protest appearance next week by ex-gay speaker: “Rosaria Butterfield is scheduled to hold a lecture on how “sexual orientation and sexual behavior intersect with Christian teachings.” The event, which will include a question and answer period afterward, is being sponsored by four campus religious organizations, Chi Alpha, Reformed University Fellowship, the Wesley Foundation and Baptist Collegiate Ministries.  LGBT groups say Mrs. Butterfield’s presentation is harmful to the LGBT community.”

POLITICS: Bernie Sanders said to be planning to go on the attack against Hillary Clinton in Saturday’s debate “if asked.” “Mr. Sanders prepped into the night on Thursday with a Senate aide playing Mrs. Clinton at mock sessions in Burlington, Vt. Yet Democrats inside and outside his campaign said that Mr. Sanders may be limited — by his own moves and by hers — in stopping a resurgent Mrs. Clinton, who has built double-digit leads over him in many opinion polls. They noted that Mr. Sanders still does not want to go on the attack first against Mrs. Clinton at the debate, potentially depriving him of chances to raise doubts about her judgment or character. 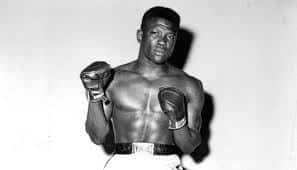 MOVIES: Director Lenny Abrahamson (Room) to direct bio-pic about bisexual boxer: “Director Lenny Abrahamson and producer Ed Guiney, the team behind the Oscar-season film Room, will make a movie of the life of Emile Griffith. He’s the boxer who won world titles in two weight classes but is best remembered for beating to death Benny “The Kid” Paret in the ring during a live nationwide TV broadcast. The vicious incident occurred after Paret grabbed the buttock of his opponent and called him a homosexual at the weigh-in. Fact is, Griffith led a secret life as a bisexual man, but in 1962, such a thing was taboo and most especially in the macho culture of boxing.”

OPINION: Why environmentalists shouldn’t rest on their laurels when it comes to the defeat of Keystone XL: “Still, while the Keystone defeat edges us toward a post-fossil fuel economy, we remain on the edge of dangerous carbon imbalances. I found out about Keystone on an energy-sucking screen, in an office space with inefficient overhead lights. We all live, work and play in places that are wholly reliant on abundant fossil fuels. So, even as we celebrate, we in the fact-based community should take care to resist declaring victory.”