The horror of the Paris massacres is rightfully a shock to every decent human being on the planet. Seeing young people out on the town slaughtered while enjoying food, music and art is more than anyone should have to witness in a lifetime. Clearly our hearts go out to the victims, their families and their friends.

The drumbeats of ‘war’ have grown louder and even progressives are advocating ‘leveling’ any town where ISIS reigns in Syria and Iraq. In order to stop this madness, they are willing to overlook the possibility of thousands of innocent civilians losing their lives. The terrorists were successful in that they have instilled a level of fear in which rational thought and strategy might soon become a luxury of the past.

This isn’t a new ‘war’. The war against this terrorism is now a decade and a half old and soon could rival central Europe’s “Thirty Years War” of the seventeenth century. We have engaged a combination of ground troops, planes, drones and weapon supply in Afghanistan, Pakistan, Iraq, Syria, Libya and Somalia. We just keep adding new nations as the war expands.

Here is the problem.

This is the first war that has no geographic boundaries and social media is a major weapon.

Historically we had wars that were nation-specific. We could focus on defeating the enemy within defined boundaries. Vietnam was in Vietnam. World War II was about who captured what country as a sign of victory. Korea was in Korea.

The war against terrorism has no boundaries because of the internet. Most of the terrorists in Paris were home-grown. Only two terrorists responsible for last week’s atrocities might have been to Iraq or Syria.

There is no question that without admitting one more refugee into the United States there are already enough home-grown terrorists here to launch a number of similar attacks. They have been inspired by the internet and communicate across boundaries. Many are losers, out of work, wanting to stop being invisible in a complex world and seeking a misguided sense of martyrdom by committing barbaric acts of terror.

More like ‘gangs’ than representatives of any organized nation, they are the most disenchanted among us. The terrorists in Paris apparently didn’t even go to mosque on a regular basis. They are out to make a reputation through body counts and because of social media have found a way to wrap it up in the respectability of a cause. They are simply thugs seeking to be famous and are using religion cowardly to hide their lack of success and inability to function on this planet.

Can we blast ISIS out of existence? 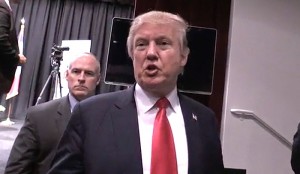 While no one can be surprised that Donald Trump wants to bomb the terrorists back into hell, it is somewhat surprising the number of progressives that would now accept ‘carpet bombing’ of ISIS held cities, towns and roads. The first victim of terrorism is often rational thought.

There is no question that the major powers have the capacity to level ISIS-held locations. Unfortunately the number of ISIS troops in some of those cities number less than a thousand. In the process of killing them, we could kill thousands of innocent civilians. Collateral damage of human life is becoming too acceptable to many out of frustration and a feeling of powerlessness.

Given that ISIS really isn’t contained in a particular area, where do we bomb? The easy answers are ISIS-held locations in Syria and Iraq. However more people were killed by Boko Haram (ISIS affiliated now) than by ISIS last year! Should we bomb cities in Nigeria, Somali, Yemen, Mali, Algeria, Pakistan, Libya and the Egyptian Sinai desert? Maybe the solution is to flatten the suburbs of Paris and Brussels with bombs? After all, most the terrorists were from those areas and never have been to the Middle East.

One thing is a certainty. The greater the mass destruction of entire cities and lives, the more recruits will find their way to ISIS.

The United States has been bombing in Afghanistan, Pakistan, Iraq, Yemen and now Syria. The targets have wisely been the leaders of the terrorist organizations. The problem is that the leadership is like Hydra and once one head is cut off, two more grow back! Ironically the Taliban looks conservative now compared to the new breed. In fact, ISIS is battling the Taliban for control of the militants in Afghanistan and Pakistan.

What Can Be Done?

Clearly doing nothing is just not going to be acceptable. No nation or individual in their right mind can turn their back on such slaughter. The answer of what can be done is complex and involves many different levels of diplomacy and military options. There are some broad concepts that America must consider in order to move our foreign policy into the 21st century and accept the new realities of warfare. Here are just a few for your consideration. 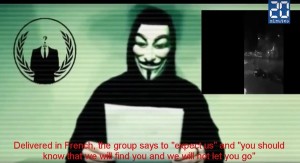 Who would have ever thought that the anarchists might be showing us the way to deal with ISIS? The hacktivist collective ‘Anonymous’ has launched cyber warfare on the terrorists and in just one week has disrupted over 3,000 ISIS-related Twitter accounts. Let’s kill their ability to get out the message. That requires the cooperation of such giants as Samsung and Apple so that we can reach into the terrorists’ ability to recruit, educate and teach about violent weaponry. It might require some losing of our day to day freedoms but it is a better solution than mass death of innocent civilians.

With the new attacks (including on a Russian passenger jet) it is time to move Russia back into the circle of major powers. It is an opportunity to lessen tensions while presenting a united front against terrorism.

The largest breeding grounds for terrorism are in failed nation states. We must be willing to take proactive action to support failing nations or be willing to throw away our atlas and negotiate new boundaries for new nation states. The boundaries for many nations in the Middle East and Africa were disastrously drawn by colonial powers after World War I without regard to ethnic composition, historical boundaries or geography. Basically the French and British Petro companies created Iraq and Syria. Now is the time to liberate ourselves from historical maps and enter into a new world.

One of the top priorities for international intelligence communities must be stopping chemical and nuclear weapons from falling into terrorist hands and allowing them to develop the capacity to deliver them in populated areas. This is where the use of Navy Seals or counterterrorism units might be effectively used in this war.

These are just a few of the hundreds of options open to the major powers. However there will be no lasting peace until we deal with complex and long term questions. Most importantly we have to stop thinking we are living in the 20th Century and realized the world is now an entirely different place. The world has become a very difficult place but that should not encourage us to make decisions emotionally instead of as rational human beings who value life and peace.

Knowledge is critical. An informed person is a powerful counterbalance to all the crazies out there. We must embrace new knowledge and keep an open mind. I would strongly suggest you read Robert Kaplan’s “The Coming Anarchy” which is a brilliant presentation of the complex problems we face over this century.

He wrote, over a decade ago:

“To understand the events of the next fifty years, then, one must understand environmental scarcity, cultural and racial clash, geographic destiny, and the transformation of war. The order in which I have named these is not accidental. Each concept except the first relies partly on the one or ones before it, meaning that the last two—new approaches to mapmaking and to warfare—are the most important. They are also the least understood.”

Tragically my guess is that we will experience more and more incidents like the Paris atrocities in the future. The world has become very small and the anger is very deep. However, if we are willing to look at it differently with new knowledge, to change deeply held beliefs and not give up on dialogue, we just might have a chance to make it on this beautiful planet.