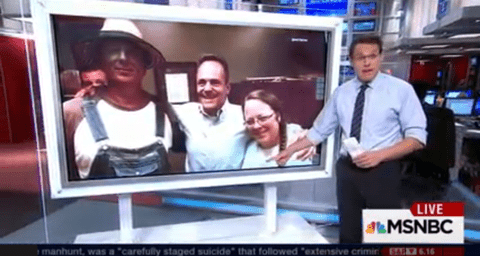 On Wednesday, MSNBC’s Steve Kornacki looked at the election results from Super Tuesday, particularly those elections that had to deal with so-called “culture wars” such as the defeat of the Houston Equal Rights Ordinance and the election of Kim Davis defender Matt Bevin as governor of Kentucky.

Kornacki points out that these two victories for conservatives fly in the face of recent advancements in rights seen by the LGBT community, primarily the marriage equality victory at the Supreme Court in June. Kornacki also pointed out how the issue of transgender rights in particular was used to scare voters in Houston about alleged predatory men pretending to be women.

Later in the day, Kornacki also interviewed former George W. Bush speechwriter, David Frum, who was quick to caution that Tuesday’s election results should not be viewed as prognosticating a greater anti-gay backlash at work nationwide. Frum called the victories for social conservatives “straws in the wind more than gusts of change.”

Watch Kornacki dig into the culture war referendums, below: