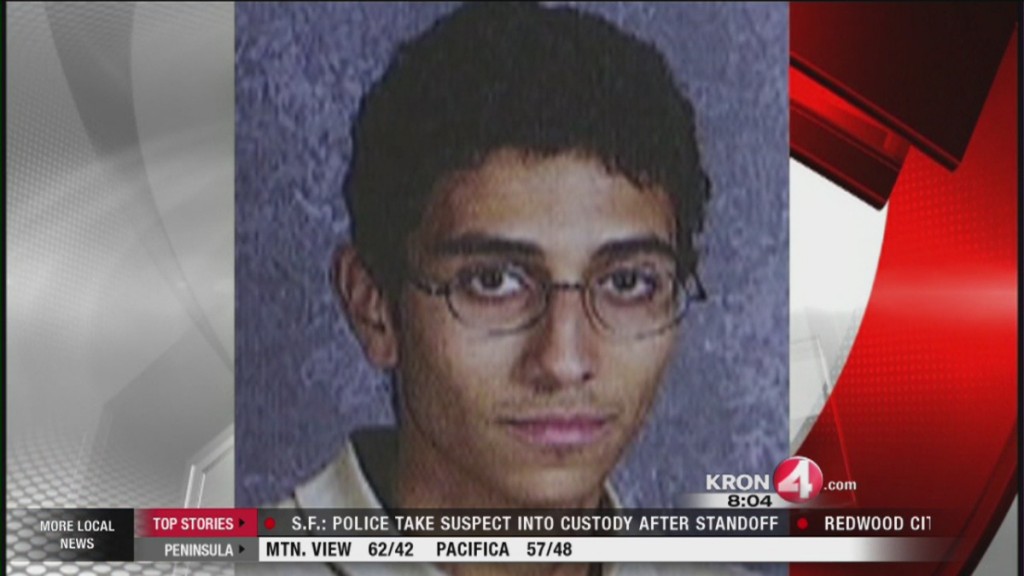 Twenty-two-year-old Adam Shafi of Fremont was arrested before boarding a flight from San Francisco to Turkey in June. Shafi told investigators he was traveling to Turkey to help Syrian refugees. Federal prosecutors tell a different story, alleging he was intent on entering Syria and abetting terrorists.

In a complaint unsealed last week, authorities say a 22-year-old Bay Area man planned a trip overseas to join al Qaeda’s Syrian branch. Adam Shafi, of Fremont, is accused of purchasing tickets to Istanbul from San Francisco after he chickened out of joining ISIS last year.

“Adam was discouraged with the politics and direction of the United States, citing the recent Supreme Court decision allowing gay marriage, and wanted to be in a country of people of similar mindset and religion as himself,” the criminal complaint reads.

But ISIS was too brutal and killed too many Muslims for his taste, the complaint alleges. For Shafi, an American disillusioned with U.S. policy and worried about the plight of Muslims around the world, Jabhat al Nusra, which executes regime soldiers and alleged adulterers, seemed like the more moderate choice.

When Shafi disappeared during a family trip to Egypt last August, his dad warned the U.S. embassy in the country that he might be heading to Syria. Shafi texted another relative that he was going to “protect Muslims,” and the father said he and high school friends had been following extremist imams online.

Shafi ultimately resurfaced after rendezvousing with a friend in Turkey. They were just sightseeing, he said. When interviewed by the feds, he said he was going to see the condition of Syrian refugees.

After that, the FBI tapped Shafi’s phone and found further evidence to corroborate the charge that he was planning to travel to Syria to aid al Nusra. A friend told the FBI that Shafi wanted to return to Syria to “finish what I started.”

Shafi made it to the airport terminal in San Francisco on June 30 before being arrested by authorities. A passenger observed Shafi in the waiting area acting suspiciously, mumbling to himself and shaking. After being asked by federal agents whether he was headed to join a terrorist group, Shafi told a relative, “I was like, ‘What the hell—do you think I was going to say yes?’ What kind of idiot would say yes?”

Watch a local news report on Shafi’s trial from ABC 7, below: