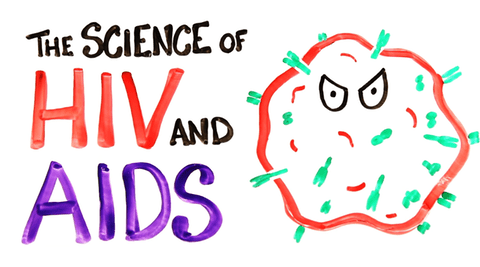 Just in time for HIV/AIDS Awareness month comes a video from the guys at ASAPSciene that explains the essential facts about HIV and AIDS and what hope there may be for a cure for the disease that has taken the lives of over 39 million people worldwide.

Greg and Mitch first break down how the HIV virus is transmitted, why it’s so hard to treat and then delve into the role that medications like Daraprim (the drug that pharma-douche Martin Shkreli notoriously hiked) and PrEP can play in fighting the disease.

As for scientific efforts to end HIV/AIDS, a small group of people who are resistant to the HIV virus may hold the key:

“A small population of people are immune to the HIV virus because of a mutation linked to the T cells. In one case, an HIV positive subject received a bone marrow transplant, meaning they were given new stem cells that generate different T cells and within 20 months there was no evidence of the virus in their blood stream.” opens up the possibility of generating HIV-resistant cells.”

RELATED: Watch the ENTIRE ‘Countdown to Zero’ VICE HBO Special on the Search for an AIDS Vaccine – VIDEO

Dig into the science of HIV/AIDS and help spread awareness, below: