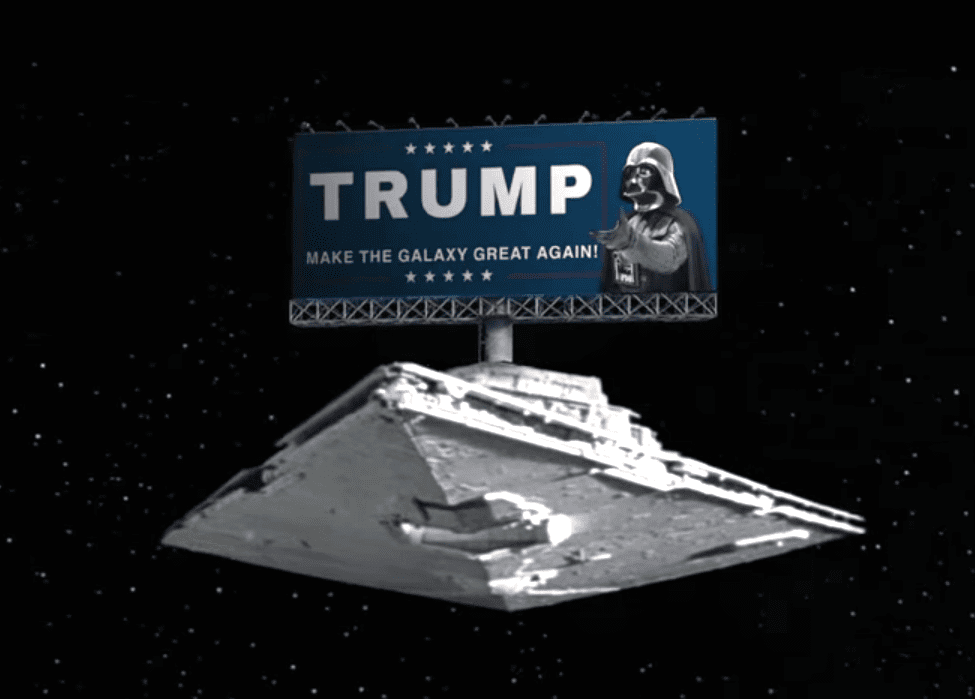 The end result juxtaposes Trump’s many whacky and wandering remarks about everything from his ‘great wall’ to his ramblings about the many products he licenses or sells with serious issues facing the Galaxy. In other words, it’s a lot like what we are all experiencing on a daily basis.

Oh, and Trump’s hair even manages to make a cameo. 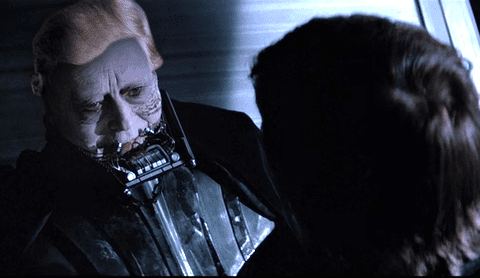 Check out Darth Trump below: