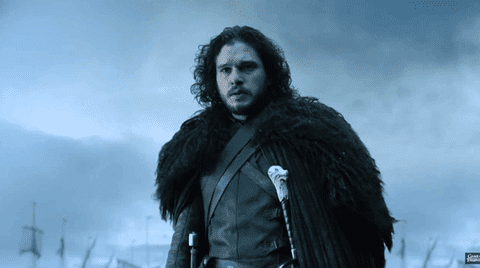 The first teaser trailer for season 6 of HBO’s Game of Thrones has just debuted and Kit Harington’s character Jon Snow is front and center.

As the trailer begins, a voiceover is heard as we fade into a heroic image of Snow: “We watch. We listen. And we remember. The past is already written. The ink is dry.”

We then see a host of murderous images showing the slew of characters killed off over the years. Among them, of course, is Snow, whom many have speculated will be coming back to life (somehow…) this season after being killed at the end of season 5.

The trailer concludes with Bran Stark (Snow’s half-brother) having one of his prophetic visions and then saying, “They have no idea what’s going to happen.”

Watch the full trailer below.