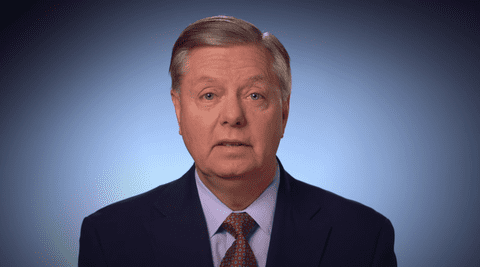 Senator Lindsey Graham announced in a YouTube video posted on Monday that he is quitting the race for the presidency.

The Republican from South Carolina has struggled to gain traction in an election cycle dominated by Donald Trump. Graham has remained in the single digits throughout the primary season and failed to make it out of the so-called “undercard” debates despite performances that earned him praise among Republican commentators.

Said Graham in his YouTube video, “I’m suspending my campaign but never my commitment to achieving security through strength or the American people.”

“Since launching my campaign for president on June 1, I have offered a path to saving the American dream and working together on bold solutions to solve big problems,” said Mr. Graham, one of the most hawkish foreign policy voices in the race who has nonetheless been stuck in the low single digits in polls.

“This has been a problem solvers’ campaign. I have tried to be honest with the American people, look for realistic ways to get things done, and inject a little humor along the way,” he said. “Most importantly, the centerpiece of my campaign has been securing our nation. I have offered a detailed plan to win a war we cannot afford to lose and to turn back the tide of isolationism that has been rising in the Republican Party.”

He added: “I believe we have made enormous progress in this effort. Four months ago at the very first debate, I said that any candidate who did not understand that we need more troops on the ground in Iraq and Syria to defeat ISIL was not ready to be commander in chief. At the time, no one stepped forward to join me. Today, most of my fellow candidates have come to recognize this is what’s needed to secure our homeland.”

RELATED: Lindsey Graham Shows You How To Throw Major Shade (And Destroy Your Cell Phone) – WATCH

Of Graham’s struggle to gain a footing in the 2016 race, The Times adds:

In October, he offered this assessment of the crowded Republican field: “On our side, you’ve got the No. 2 guy tried to kill someone at 14. And the No. 1 guy is high energy and crazy as hell. How am I losing to these people?”

But with his poll numbers hovering around 1 percent, it was clear that the presidency was not meant to be for Mr. Graham.

In a statement, Mr. McCain, the Republican presidential nominee in 2008 and a close friend of Mr. Graham who had campaigned on his behalf, blamed the two-tiered debate structure that was created to accommodate such a large field for his friend’s troubles.

“It is a pity that a bifurcated debate structure kept his voice and views from the wider public that needed to hear them,” Mr. McCain said.

Watch Graham’s announcement, which was posted to YouTube, below: