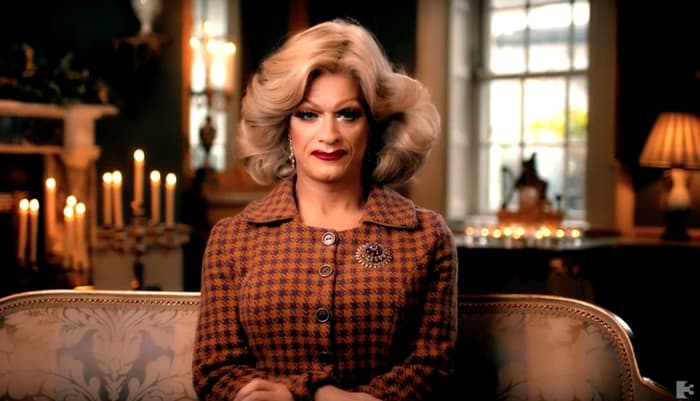 Ireland’s outspoken drag queen Panti Bliss addressed the nation over the holiday with a Christmas message broadcast on channel TV3.

Anti spoke about the events of the past year, which have been huge for Ireland, most notably the May referendum which set in motion the legal changes that led to marriage equality.

“In some ways it wasn’t a big change…we were just asked to let more people get married if they want to, but to some people on both sides of the question it was huge. For some of us, me included, we were being asked to finally decide forty years after a few brave men and women first asked whether or not LGBT people are full and equal members of this society and deserving of the same respect as everyone else. But others didn’t see it that way.

“They felt we were being asked to change a fundamental social institution that they cherish and admire and they worried that changing it might weaken or even ruin it. And that’s ok. You know on the day of the referendum result a mischievous English journalist asked me in front of the world’s media at Dublin Castle whether I could forgive the people who voted no and my answer today is the same as it was then. I have nothing to forgive them for. For the most part, people who voted no did so out of genuinely held concerns but I hope and believe that in time they’ll come to realize that their concerns were unfounded and come to agree with the rest of us that may 22nd was indeed a good day for Ireland. If they haven’t already. I hope so anyway. Change isn’t always easy but it’s absolutely necessary. …

Panti also offered some advice for the nation in helping the disenfranchised:

“Our Constitution promises to cherish all of the children of the nation equally but until May we failed to live up to that promise for gay people. The referendum result felt like an acknowledgement of that failure and the closest thing to an apology for forcing generations of LGBT Irish people to emigrate or lead miserable hidden lives.

“For people like me May 22nd felt like a fresh start and for that I am very grateful but LGBT people aren’t the only ones for whom we have failed to live up to the promise of cherishing all of the children of the nation equally.

“The kind of change that we need to make to live up to that promise to cherish all of the children of the nation equally may seem daunting but if May 22nd taught us anything it’s that if we feel strongly enough about something and if we work together we can achieve incredible things. We can move mountains. If I had told them what twenty years ago that someone like me would get to speak to you all in your Christmas living rooms today they’d have quietly called the doctor. I don’t live in Ireland because I have to. I don’t pretend to live in this elegant residence that we’ve borrowed from the afternoon because I have to. I live in Ireland because I love it. I love it fiercely. But I wasn’t always sure that Ireland loved me back.”