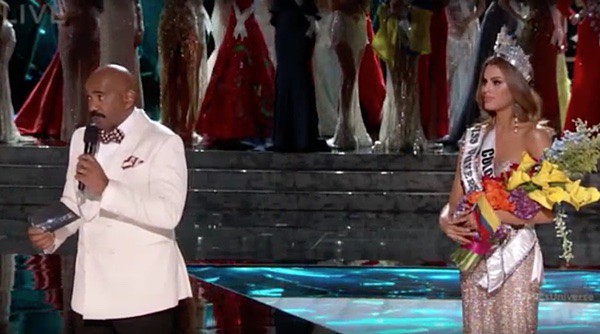 In case somehow you missed last night’s epic fail in pageantland as Steve Harvey awarded the Miss Universe crown to Miss Colombia instead of Miss Philippines — and then the moment when Colombia is de-crowned.

Harvey apologized for what has to be one of the worst blunders in pageant history:

I'd like to apologize wholeheartedly to Miss Colombia & Miss Philippines for my huge mistake. I feel terrible.

Secondly, I'd like to apologize to the viewers at that I disappointed as well. Again it was an honest mistake.

I don't want to take away from this amazing night and pageant. As well as the wonderful contestants. They were all amazing.