A top Georgia state education official was fired on Tuesday after a series of racist and homophobic Facebook posts were brought to light.

Jeremy Spencer was the Associate Superintendent of Virtual Instruction for the Georgia Department of Education. Spencer was hired in 2015 by State School Superintendent Richards Woods and, according to the state’s website, open.georgia.gov Spencer’s salary in 2015 was $73,697.30.

In a series of Facebook posts, Spencer shared posts from right-winged websites about politics and social issues. In one post, he suggests that U.S. public schools cannot compete with schools in Finland because we don’t have all white students. He also made a comment about gay people and poles after sharing an Atlanta Journal Constitution article.

That Facebook post specifically referred to the installation of a Gay Pride Festivus pole in the Georgia state capitol. With a link to a news report he posted the comment: “Gays and poles’; now that just ain’t fittin.” 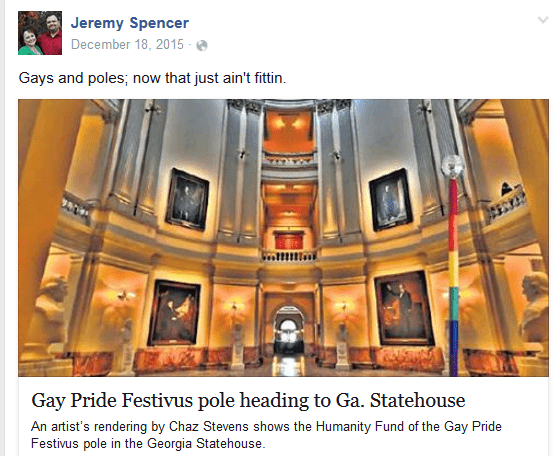 As for Spencer’s post about schools in Finland, it was his most recent, dated January 1, and read, “If I read one more thing about the Finland education system….not everybody in the US public schools are WHITE.”

One particularly incendiary photograph wasn’t published by him, but he allowed it to remain on his public account for anyone to see for more than two months. On Nov. 19, Spencer posted a news cartoon about President Obama’s response to fears about terrorists immigrating amid Muslim refugees.

A Facebook “friend” responded with the line: “Only one way to solve the problem; impeach and … .” The post was accompanied by a black and white photograph of an African American man hanging from a tree, apparently the victim of a lynching. […]

He also posted news about immigrants, gays and other groups, sometimes with laconic comments. In one, he wrote “subculture” beside a picture of two African American dance teams that got into a fight after a football game…In another, Spencer wrote that a comedian who said: “If you wipe your butt with your bare hand but consider bacon to be unclean, you may be a Muslim” was “…leveling the playing field to be inclusive and increase multicultural awareness.”

Georgia Superintendent Richard Woods issued a statement Tuesday saying he was “disheartened and disgusted to see the posts made by Mr. Spencer on his Facebook page. These posts in no way reflect my opinions or those of the the Department of Education.”

Watch a news report from 11 Alive Atlanta and look at two more of Spencer’s posts, below: 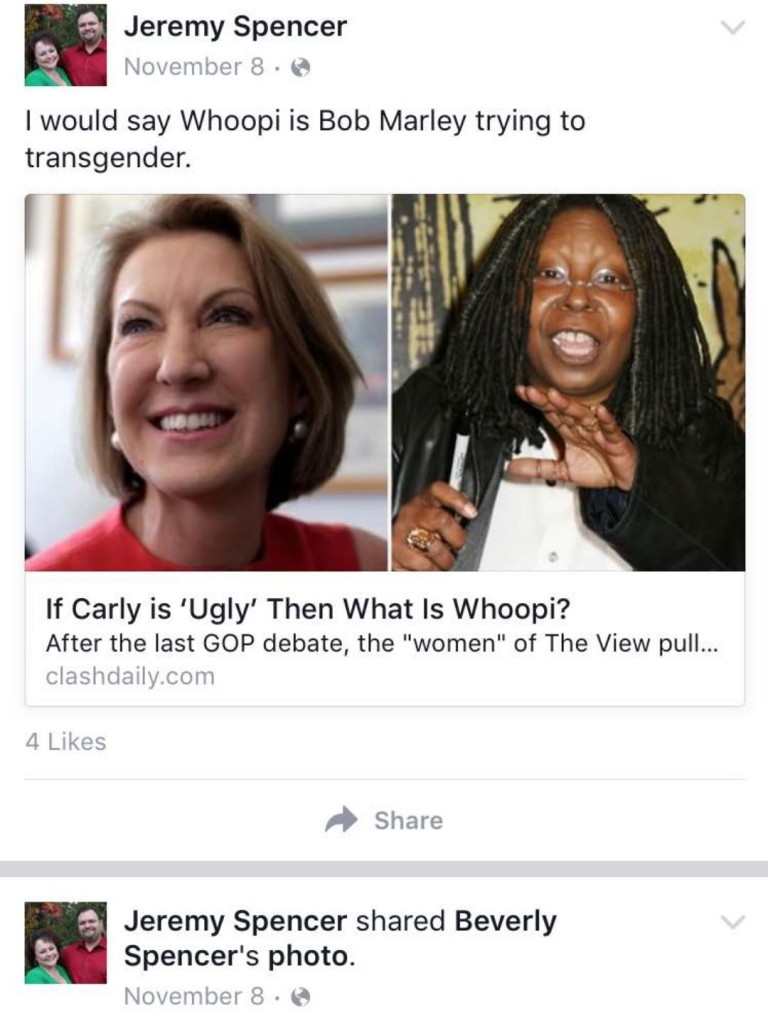 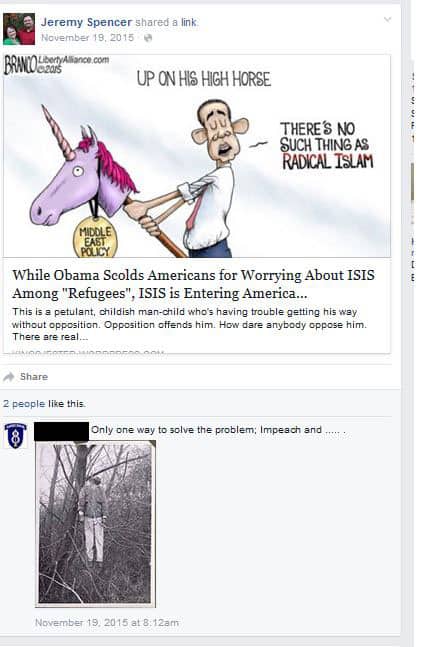