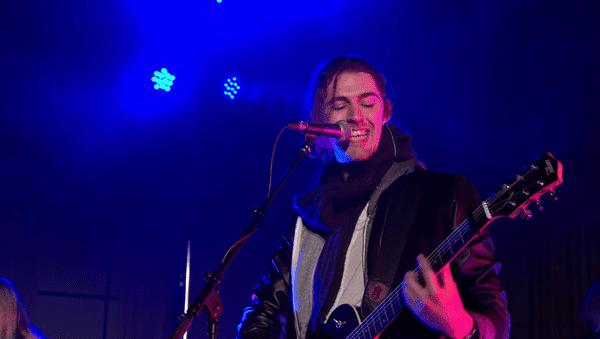 Hozier has apparently performed this cover before. In fact, it’s not clear when this performance took place as there was some coverage in music circles in January of last year about the singer performing this mash-up in the BBC’s Live Lounge. However, video of the performance was only posted recently.

Watch as two dissimilar songs blend into one great combo, below.

Previous Post: « Watch These Shirtless Australian Rugby Players Do an In-Flight Safety Demo – VIDEO
Next Post: Indiana Could Be Headed For Another Train Wreck on Gay Rights »