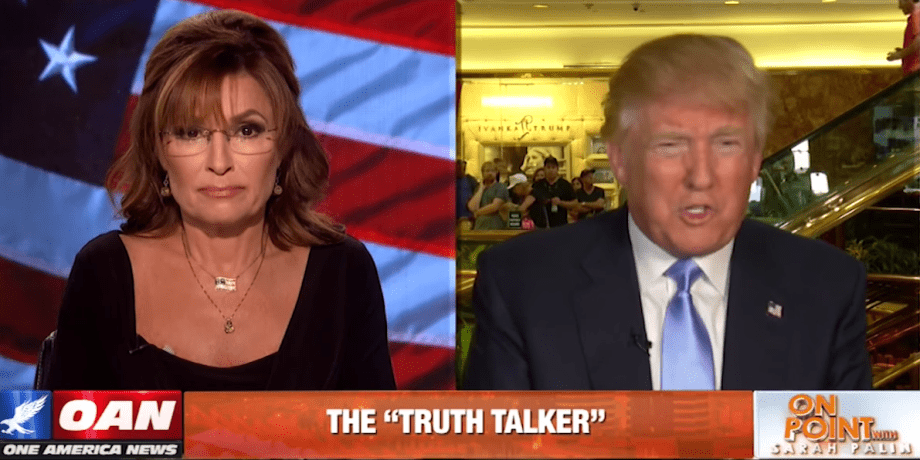 “I’m proud to endorse Donald J. Trump for president,” Ms. Palin said in a statement provided by his campaign.

Her support is the highest-profile backing for a Republican contender so far.

“I am greatly honored to receive Sarah’s endorsement,” Mr. Trump said in a statement trumpeting Mrs. Palin’s decision. “She is a friend, and a high-quality person whom I have great respect for. I am proud to have her support.”

In Iowa, where Ms. Palin spent years developing support, the endorsement could be especially helpful.

”Over the years Palin has actually cultivated a number of relationships in Iowa,” said Craig Robinson, the former executive director of the Republican Party of Iowa and publisher of the website The Iowa Republican. ”There are the Tea Party activists who still think she’s great and a breath of fresh air, but she also did a good job of courting Republican donors in the state,” he added.

“Palin’s brand among evangelicals is as gold as the faucets in Trump tower,” said Ralph Reed, the chairman of the Faith and Freedom Coalition.

“Endorsements alone don’t guarantee victory, but Palin’s embrace of Trump may turn the fight over the evangelical vote into a war for the soul of the party,” he said.

Senator Cruz meanwhile on Wednesday praised Palin for helping him win his current senate seat as rumors of Palin’s endorsement began to swirl.

Palin will reportedly endorse Trump at an event in Iowa later this afternoon.

The Iowa caucuses are now just 13 days away.