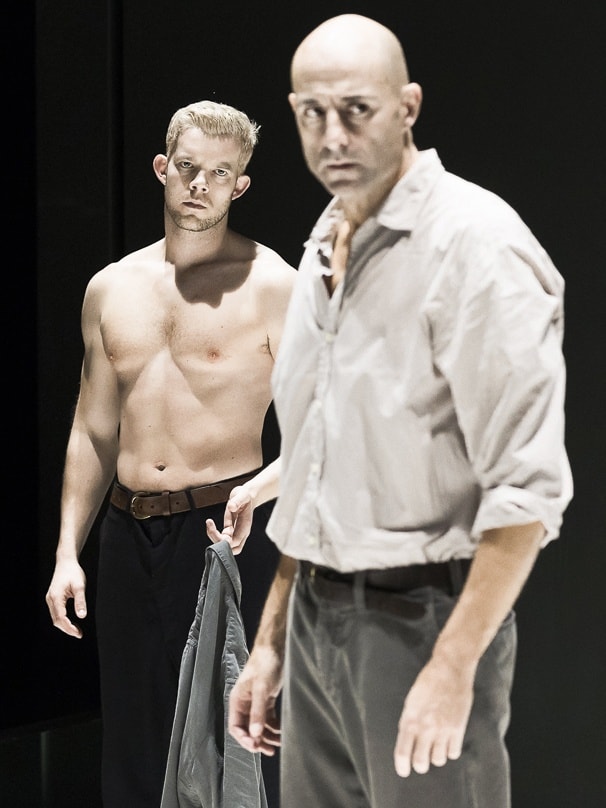 A man attending Saturday night’s performance of A View From The Bridge at Broadway’s Lyceum Theatre passed out when actor Russell Tovey took off his shirt during the play.

The man’s fainting brought the show to a halt, partially at least because he was seated in one of two on-stage seating areas. The Young Vic’s revival of the Arthur Miller classic includes risers on both stage left and stage right, immersing audience members in the performance and surrounding the actors on all but one side.

The patron passed out in the middle of a scene with Tovey and co-stars Phoebe Fox and Mark Strong.

A call went out for a doctor in the house, and three audience members took to the stage to tend to the man until EMTs arrived to take him to a nearby hospital.

Early Sunday, Tovey received a tweet from the faint-hearted audience member apologizing if he “disturbed the performance.”