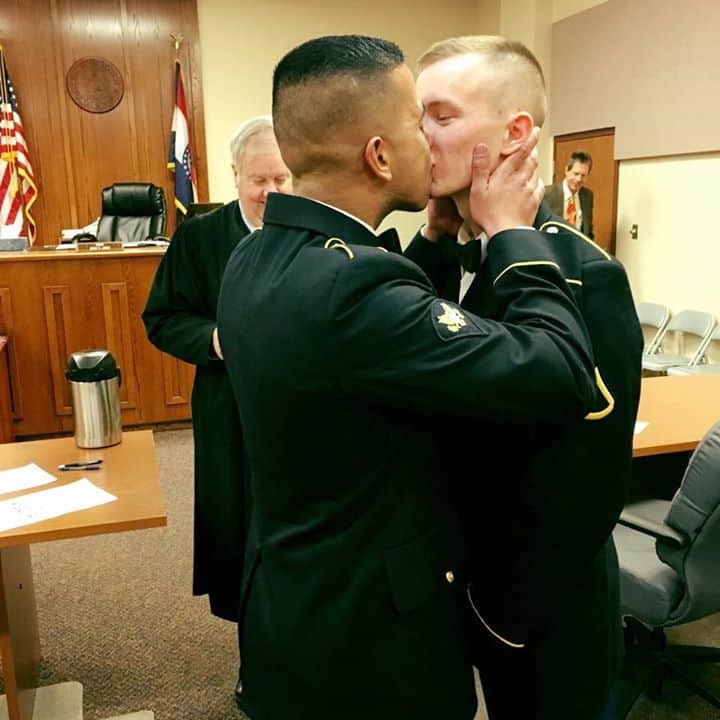 A gay military couple who shared a photo of their “first married kiss” on Facebook were surprised when that photo went viral.

USA Today reports on how the romance between these two members of America’s armed forces took Facebook by storm:

Spc. Shane Adriano and Pfc. Tristian Resz chose the Greene County Courthouse as a venue because they wanted something small and intimate for their Feb. 11 wedding. It was to be just the happy couple, a few supportive friends and a judge.

But after they shared their “first married kiss” photo on Facebook, their small ceremony turned into a worldwide event. […]

Adriano told the News-Leader they have long since lost track of how many times the photo has been shared.

“It just keeps getting reshared,” he said. “We had a little bit of negative comments on there, but I wasn’t even expecting that many people to like it and share it over and over again.” […]

Adriano said he has been in the Army for three years and is stationed at Ft. Leonard Wood and Resz has been in the reserves for a year and a half. The couple is moving into a home in Waynesville.

Of the tenor of the response, Resz says, “The majority of people who were commenting and sharing, they were doing it because they are proud of how far the military has come. Up until 2011 it was illegal to be openly gay in the military. Now, it’s legal for us to be married.”

Adriano says he proposed to Resz only a couple months after they met last fall, saying it was love at first sight: “I know a lot of people don’t believe in love at first site, but sometimes you just know. That is how I felt with me and him.”

Resz had no hesitations about saying yes: “I realized this is someone I want in my life forever. This is the one person I can’t live without.”

Check out a couple more photos of Adriano and Resz, via Facebook, below. 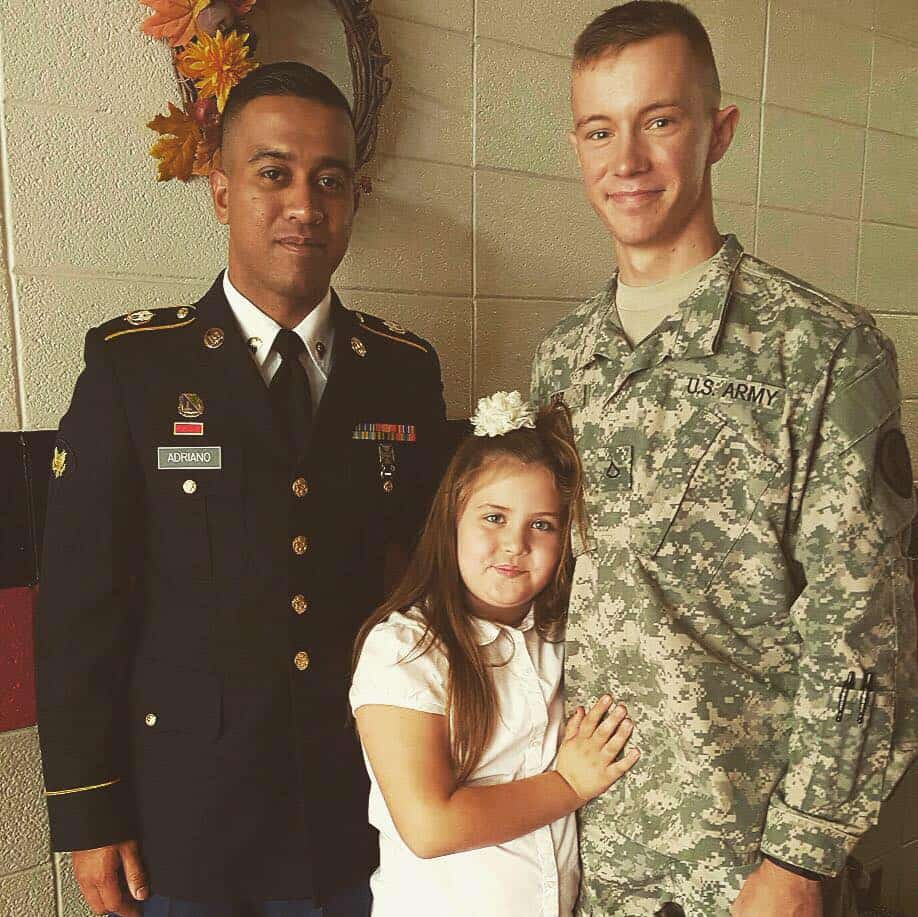 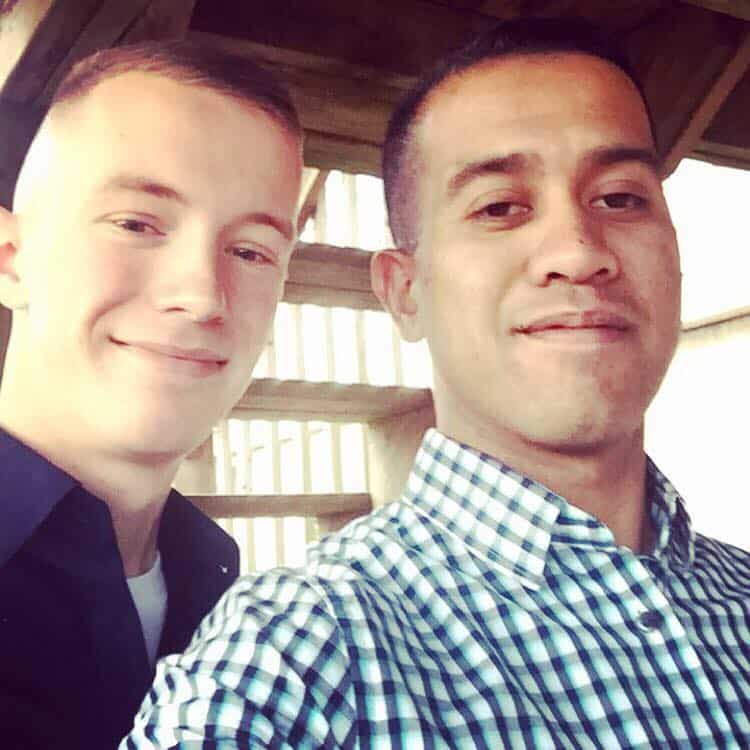