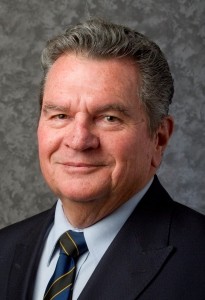 Republican Rep. Dick Jones made his comments during a committee hearing where state lawmakers met with a Washington state florist, Barronelle Stutzman, who is being sued by a gay man and the ACLU after she refused to provide flowers for the man’s same-sex wedding.

Rep. Dick Jones, a Republican, said the national psyche had already flipped to allow people to speak of the positives of being accepting of people’s choice in terms of sexual gratification.

“The Supreme Court has, in fact, established a third sex for all intents and purposes. So there’s male and female and gay,” Jones said.

“And they have brought on all of the elements of equality as they probably should have for that. But we must not forget that gay is strictly a sexual preference. It’s not a separate sex. But until we get the public to accept that, your desire to live in your Christian ethic, I think, is practically doomed, and I’m sorry to say that.”

Lawmakers were apparently meeting with Stuzman to discuss “religious freedom”, though no specific bills were mentioned.

The committee did not hear Stutzman speak as part of consideration of any legislation. And Kelly Fiedorek, an attorney accompanying Stutzman with the Alliance for Defending Freedom, declined to endorse any specific measures when pressed by lawmakers.

Fiedorek responded to Jones’ comments by telling lawmakers that it is important to respect everyone, regardless of their views or choices.

“It’s very important to respect everyone. I think that’s something as lawmakers, you especially have a responsibility to do that and ensure that,” Fiedorek said.

Tom Witt, director of the gay rights group Equality Kansas, criticized lawmakers for not inviting LGBT rights advocates to speak at the hearing. Said Witt, “Had this not been a one-sided presentation, we would have had an opportunity to set him straight on his understanding of what sexual orientation actually means.”

Witt also took to Twitter to blast the hearing.