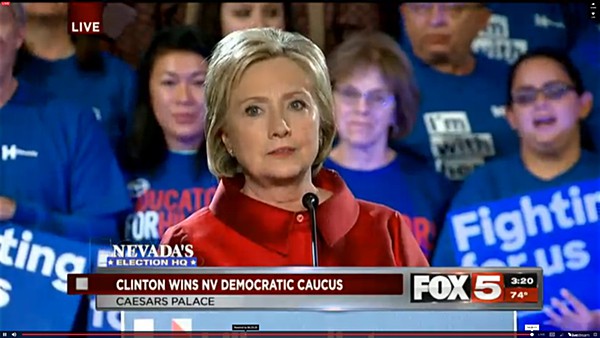 To everyone who turned out in every corner of Nevada with determination and heart: This is your win. Thank you. -H

I want to thank the people of Nevada for the support they have given us and the boost that their support will give us as we go forward.

Clinton’s victory in Nevada could be crucial in holding off a challenge from Sanders that has been tougher than almost anyone expected. Clinton and Sanders split the first two voting contests, revealing the Vermont senator’s appeal with young people drawn to his impassioned calls for breaking up Wall Street banks and providing free tuition at public colleges and universities.

According to the entrance polls of voters, Clinton was backed by a majority of women, college-educated voters, those with annual incomes over $100,000, moderates, voters aged 45 and older and non-white voters. Sanders did best with men, voters under 45 and those less affluent and educated.