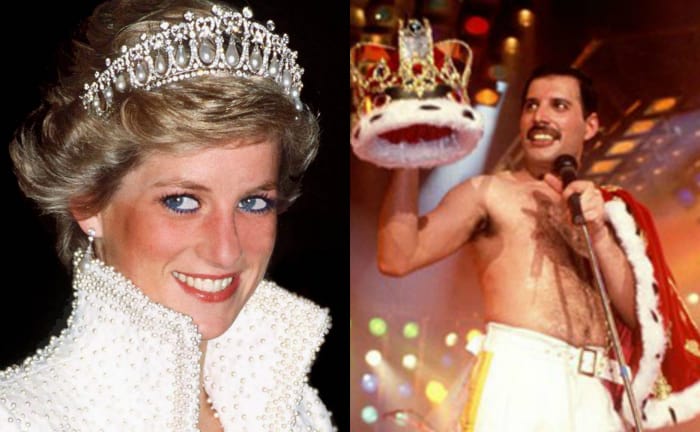 An apocryphal tale of a night Princess Diana spent at a gay bar with Freddie Mercury as a drag king is the subject of a new musical.

The story of Princess Diana’s night out with Mercury was first reported in 2013. Diana reportedly went to the London gay bar The Royal Vauxhall Tavern disguised as a male model. Also present that evening were TV presenters Kenny Everett and co-star Cleo Rocos. 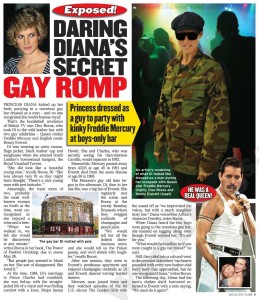 ‘Freddie told her we were going to the Vauxhall Tavern. Diana said she had never heard of it and she’d like to come.’

Attempts were made to dissuade Diana but Miss Rocos said she was in ‘mischief mode’ and intent on having her way, adding: ‘She turned to Mercury who declared: ‘Go on, let the girl have some fun. Can you imagine?”.

Miss Rocos went on: ‘She [Diana] wanted the thrill of going in undetected to order one drink and would leave right away, she promised.

‘She tried on the outfit Kenny had intended to wear: a camouflage army jacket, hair tucked up into a leather cap and dark aviator sunglasses.

‘Scrutinising her in the half light, we decided that the most famous icon  of the modern world might just – just – pass for a rather eccentrically dressed gay male model.’

The foursome arrived at the bar and Princess Diana ordered a white wine and a beer. With their mission accomplished, the group then made a swift exit and dropped Diana off at Kensington Palace.

Now, ironically, or perhaps fittingly, the Vauxhall Tavern will host the musical about that very night. Reuben Kaye, who plays Mercury in the musical, spoke with Attitude magazine about the show:

It’s a fictionalised, fabulous retelling of that night with original songs, and a lot of changing of hats, because it’s myself, Sarah Louise-Young (also London cabaret royalty) who play Princess Diana, and Stuart Saint as Kenny Everett. It’s just us three in the show, but Regina Fong makes an appearance, she’s one of London’s most famed drag queens of yesteryear, David Bowie and Margaret Thatcher – it’s an amazing sweep of British culture at that time. 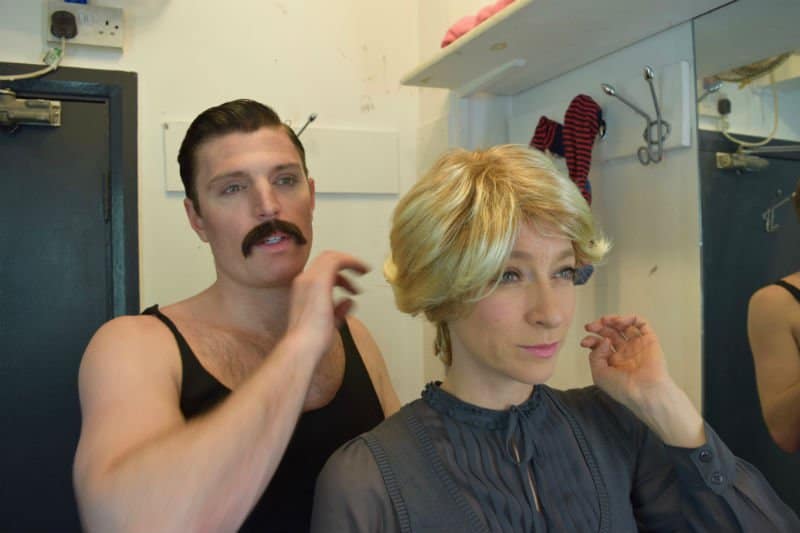 Of the cast of characters assembled, Kaye says,

The rapport between us all is fantastic. For Kenny and I, it’s just a bitchfest, but a really warm, loving funny bitchfest. We just laugh the whole time. Sarah Louise-Young as Princess Diana is scarily accurate and funny and sad and beautiful. I’m having the time of my life. But it’s also terrifying, because in the space of two hours, I play Freddie Mercury, Regina Fong and David Bowie. I’m pretty much playing all of the famous, dead, homosexuals and bisexuals.

As for the long term prospects of the show, Kaye says,

Because it’s a new piece of work, it’s really just something to put it on its feet. We’re throwing everything against the wall, and seeing what sticks, and seeing if this thing has a life, and if people are interested in it. If it’s a story people want to hear, if it’s something that is financially viable for our producers – we’re looking to get it expanded, make it a larger production, make it a longer run, find someone with money dare we say. My mother used to say, ‘you don’t have to suck the dick but you do have to roll it around in your mouth for the money’. So that’s kind of it, that’s what we’re after.

[Photo of Kaye and Louise-Young via Attitude]