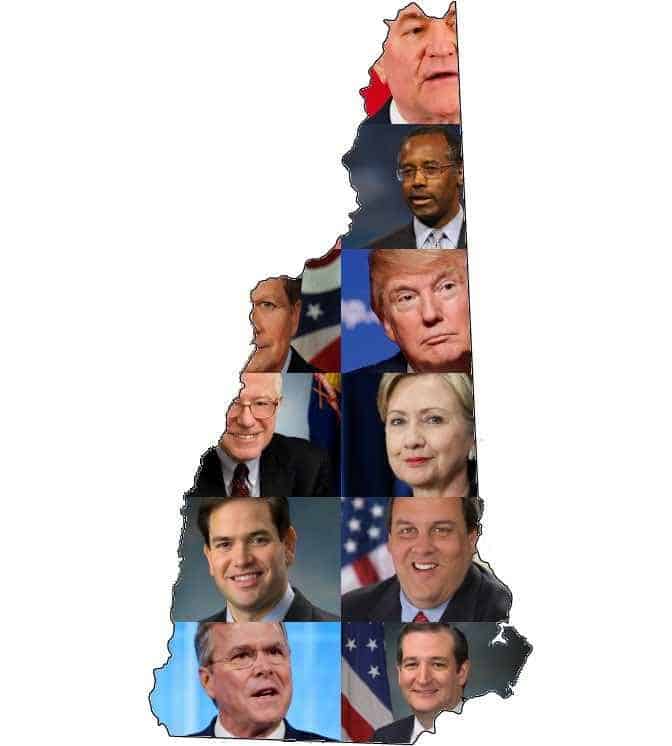 2016 ELECTION. The New Hampshire primary is upon us. Check back HERE throughout the day and night for updates.

SPORTS. Why are quarterbacks so damned good-looking? Sports Illustrated tries to find out: “In other words, the best-looking kids in the schoolyard are selected for the glamour position. They are put on a quarterback track, and by the time they begin playing organized football, they are experienced at the position. It’s a self-fulfilling prophecy.”

HERO. American Bar Association honors Freedom to Marry founder Evan Wolfson with 2016 Stonewall Award: “Wolfson is considered by many as the father of the same-sex marriage movement. He is the author of the 2004 book, ‘Why Marriage Matters: America, Equality and Gay People’s Right to Marry.'”

SORTING HAT. We finally find out which houses at Hogwarts each of the 2016 candidates would be sorted into.

WORLD. Orthodox Church in Georgia requests police protection for gay man who files lawsuit calling for legalization of same-sex marriage: “Georgia’s vastly influential Orthodox Church requested on February 7 that Tatishvili be placed under police protection as his safety is at risk. Nearly three years ago, a mob led by priests violently scattered an anti-homophobia rally in the Georgian capital, Tbilisi, and the violence damaged the Church’s reputation.”

ONLY IN FLORIDA. Man arrested for throwing a live alligator through a drive-through window at Wendy’s: “Joshua James, 23, was charged with aggravated assault with a deadly weapon, illegally killing, possessing or capturing an alligator, and second-degree larceny petit theft, according to the Palm Beach Sheriff’s Office. He has not been released on bail as of Monday afternoon. WPTV reports that the incident occurred in October, but James had only been arrested recently by U.S. Marshals.”

TECH. Twitter to form Trust and Safety Council to help tackle online abuse: “With hundreds of millions of Tweets sent per day, the volume of content on Twitter is massive, which makes it extraordinarily complex to strike the right balance between fighting abuse and speaking truth to power.”

CRIME. San Diego woman sentenced to 20 years to life for murdering wife: “The couple married on Dec. 3, 2013, but Vale filed for divorce just six months later in a split related to Nowden’s addiction to methamphetamine. She told Nowden not to return to the apartment and said she would no longer pay for her car or cellphone, the probation report said. Vale did not change the locks, and she was stabbed in the chest and arm while she was asleep in bed.”