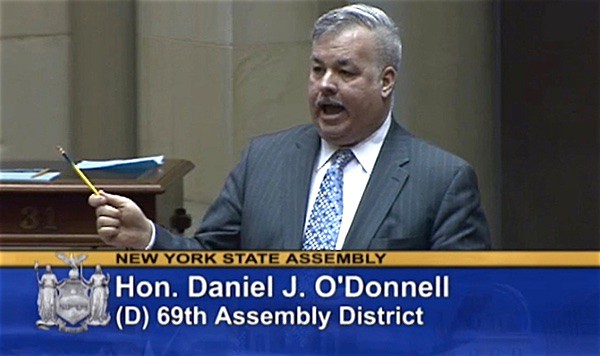 The New York Assembly today debated and passed a bill legalizing mixed martial arts (MMA) fighting. New York was the last state in the nation with a ban on the sport and fights could start later this year.

The debate over the bill was colorful and gay Assemblyman Daniel O’Donnell (the brother of Rosie O’Donnell) made a comparison that caught the attention of the room, and the press.

Said O’Donnell, who opposed the bill:

O’Donnell also said he’s heard from his famous sister asking he vote to legalize the sport. He was not happy and said she wouldn’t appreciate him calling her to go back to her old show, “The View.”

Matthew Titone, another out assemblyman, delivered a gay joke with slightly less success: