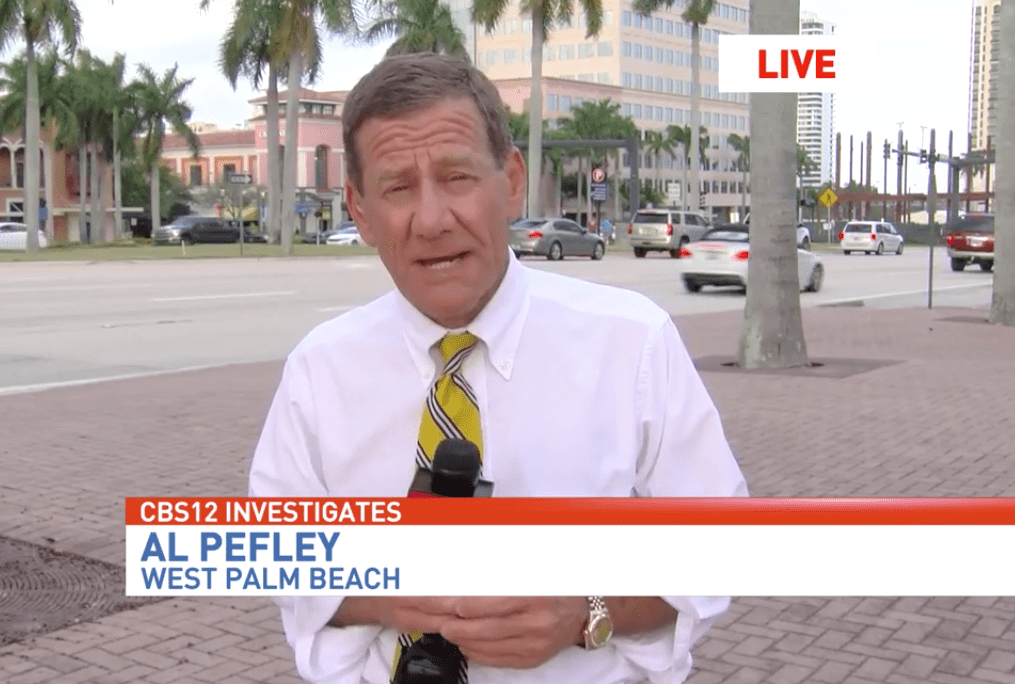 A TV reporter in West Palm Beach, Florida, is worried that an LGBT tourism advertising campaign will scare away straight couples with children. 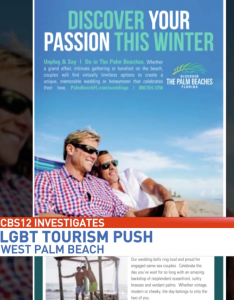 CBS Channel 12’s Al Pefley reported Monday on the new campaign from Discover The Palm Beaches, the local tourism bureau, which includes an ad in The New York Times (right). Pefley interviewed bureau spokeswoman Ashley Svarney, as well as a representative from a local hotel and spa. But then, things got a little strange.

“Some might say these ads which promote Palm Beach County as a destination for gays and lesbians could turn some people off, and might discourage parents with children from vacationing here,” Pefley said, before proceeding to ask Svarney whether she’s worried about backlash.

“I really don’t think so,” Svarney said, seemingly taken aback by the question. “I really don’t feel as though this is going to be a deterrent from any families. This is a very family-friendly destination.”

In case you’re wondering, West Palm Beach currently ranks sixth in the state for LGBT tourism, behind Orlando, Ft. Lauderdale, Miami, Tampa and the Keys. And, of the LGBT tourists who visit West Palm, 9 percent have children themselves.

Also, if you like your men on horseback with mallets and wooden balls, International Gay Polo Week takes place in Palm Beach County later this month.