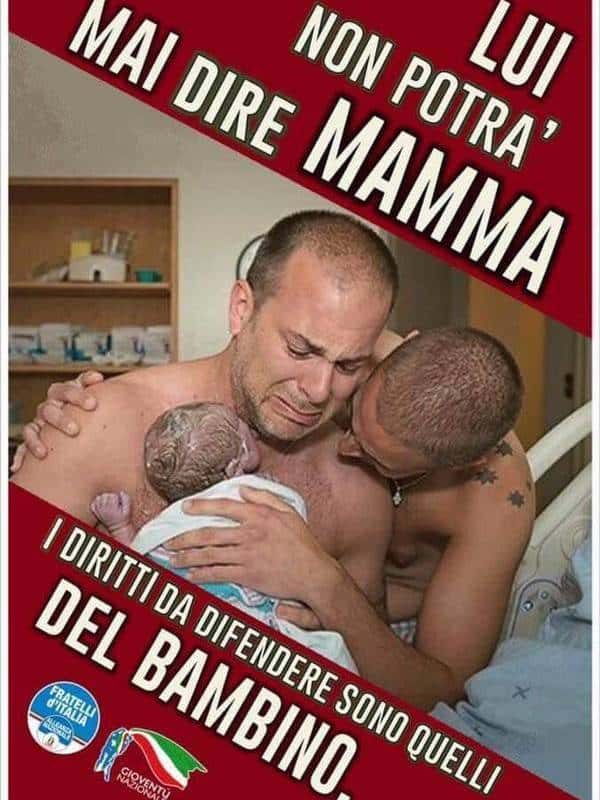 You likely recognize the photo seen in this post because it went viral in July 2014. It shows BJ Barone and Frankie Nelson with their newborn son, which they had via surrogate. 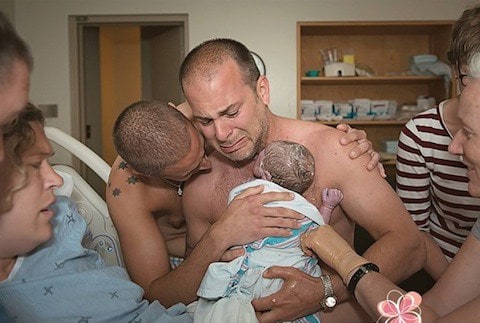 The couple was recently shocked to discover that the photo was being used in an anti-gay campaign in Italy, featured on a poster that reads ‘He can never say ‘Mamma’. Defend the rights of the child’.

“When we first saw that the photos were being used for anti-gay purposes we were a little upset,” said Barone.

“It really bothered us that our photo that’s all about love, acceptance and joy is now being used for anti-gay purposes and anti-surrogacy purposes.”

All of the attention only motivated the couple to further spread the message on social media that you don’t need a mother and a father to create a family.

Although the couple doesn’t own the photo, the photographer who took it said she had contacted the European politicians using the photo and is waiting to hear back. She’s also reported them through the Digital Millennium Copyright Act.

Here is a picture of the couple and their son today: 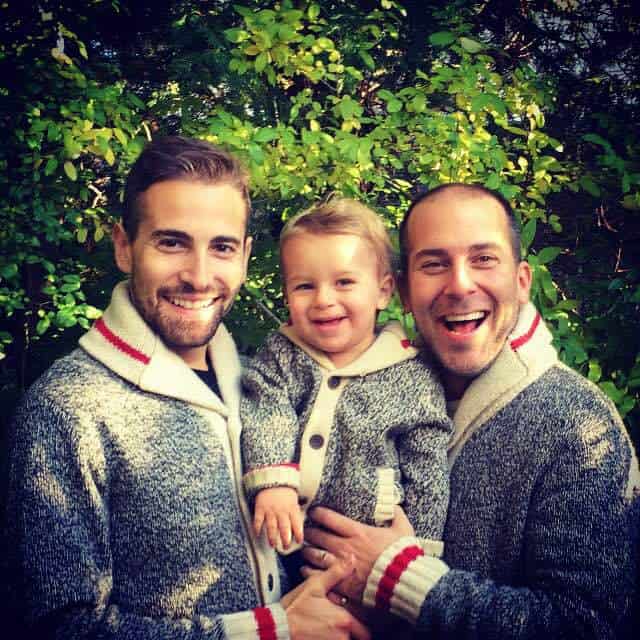