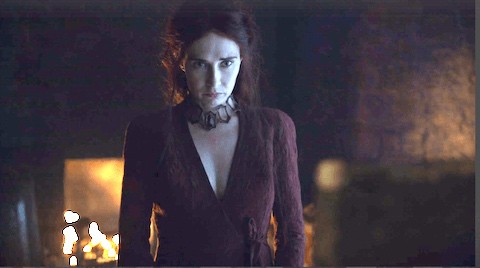 Now, maybe I’m still just riding the vibes of Hillary Clinton’s New York primary win, or maybe it was Beyoncé’s Lemonade album drop, but whatever the reason, the sixth season premiere of Game of Thrones felt like a more female-driven affair than ever before.

Sansa, Brienne, Arya, Ellaria, Cersei, Margaery and Daenerys all got time to shine, but it was Melisandre, the inspiration for the title of last night’s episode “The Red Woman,” that had the episode’s most shocking moment.

Perhaps the series has turned a corner. The women of Westeros were often the victims of unspeakable sexual violence, tragedy and humiliation, as well as the source of much of the show’s signature nudity. As we embark on the final few seasons of Game of Thrones, it’s looking more and more that those most likely to capture King’s Landing (or at least survive the ever-looming “winter”) are the queens.

However, there are a lot of moving pieces to resolve before we wrap this whole thing up. Last night’s premiere was a flurry of check-ins across almost all our major players at a dizzying pace.

Find out where your favorite characters stand in our SPOILER-filled recap below. 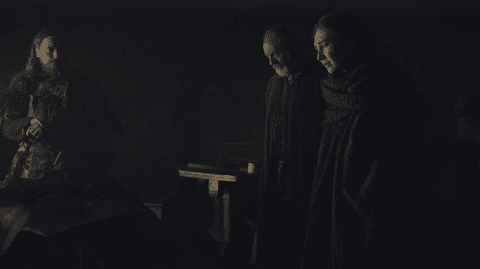 Meanwhile, at The Wall …
If you’re wondering what to expect from the Republican National Convention this summer, tonight’s goings-on at the Wall are probably a pretty good indication. Jon Snow, who won the popular vote, is dead. Davos and a few of the Night’s Watchmen who are still loyal to Snow, lock themselves away in a room along with Snow’s direwolf Ghost. They realize they don’t have enough fighters to take on the other Night’s Watchmen, but! They do have a the whole Wildlings voting bloc that’ll definitely be upset that their advocate Jon Snow was killed.

But before the reinforcements arrive, Alliser Thorne comes a knocking, and so Davos is all “Don’t get your knickers in a twist! We’re just three kindly old spinster ladies. Spending a quiet evening at home.” Thorne seems ready to wait, but Davos does have one more trick up his sleeve: Melisandre. She had told Davos earlier that she had visions of Snow fighting at Winterfell, but she also had visions of Stannis being the king and probably of Jay-Z as a great husband, so what does she know!

Cut to the Red Woman undressing in her room. With her faith severely shaken, she slips off her robe and her Spanx and her ruby choker necklace and suddenly she’s a old lady! Like a super old lady! 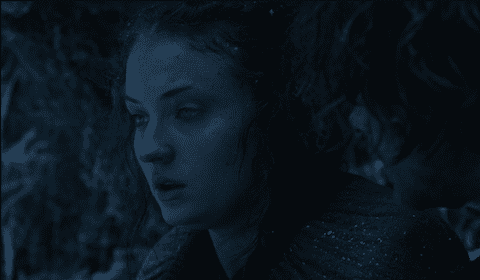 Meanwhile, at Winterfell …
Ramsay Bolton is mourning the loss of Myranda, but he’s quickly like too bad, so sad, feed her to the hounds. His thirst for bloody vengeance needs to pause momentarily for his father to remind him that his typical brand of crazy has cost him Sansa Stark, and that is big trouble. Then Daddy Bolton reminds him that he could have a baby brother — and a more suitable Bolton heir — on the way. (Not that Ramsay won’t just kill his pregnant stepmom any day now, c’mon.) 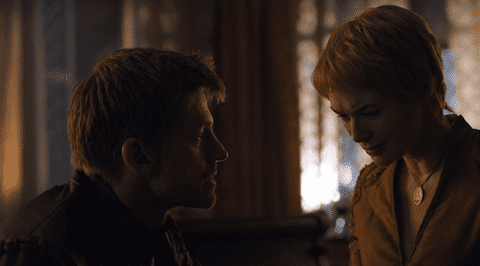 Meanwhile, at King’s Landing …
Cersei took a nice long shower and washed that shame walk right out of her hair. She’s glad to be back, plus her daughter is back! She gets word a ship is in from Dorne, so she runs giddily to meet it.

Of course, we know what’s waiting on that ship: The corpse of her poisoned daughter Myrcella. A distraught Cersei mourns her kind daughter to her brother/lover Jaime Lannister, and she tells him about the witch’s prophecy from when she was a child. The witch told her she she would bury her three children, and she was right! (Wait, pretty sure Tommen is still alive. For now.) I don’t think Cersei is going to be moping around for long; hell hath no fury like a woman Dorned.

She’s still doing better than her rival Margaery Tyrell. The Queen’s still in lockup and looking worse for wear. She wants to see her brother, but the High Sparrow is basically like, well, I want to see you confess, so I guess we’re both going to be disappointed. 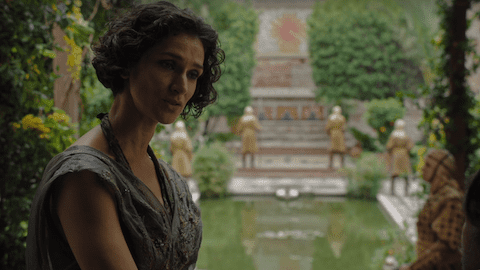 Meanwhile, in Dorne …
Ellaria, last seen planting a poisoned kiss on Myrcella, and the Sand Snakes kill King Doran and the prince because FEMINISM (or because she swears Dorne will not be ruled by weak leaders anymore). If it’s a fight Ellaria wants, she can get it in King’s Landing, but the last time Dorne went to battle with the Lannisters and The Mountain it didn’t go so well. 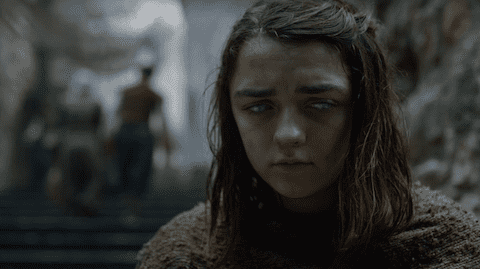 Meanwhile, in Braavos …
Blind Arya is still blind. She’s doing the whole alms for the blind routine when the Waif from the temple shows up and starts hitting her with a stick. She’s going to try and give her the Daredevil treatment and teach her to fight using her other senses. Either that or she’s just being a dick. 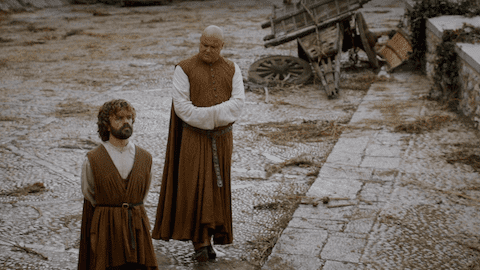 Meanwhile, in Meereen …
Tyrion and Varys are out for a little stroll. They see a priest preaching the word of the Lord of Light to a bunch of freed slaves, whom are looking for someone to follow since their queen up and rode off on a dragon. The more pressing issue though is that someone (*cough*Sons Of the Harpy*cough*) set all of Meereen’s ships on fire. 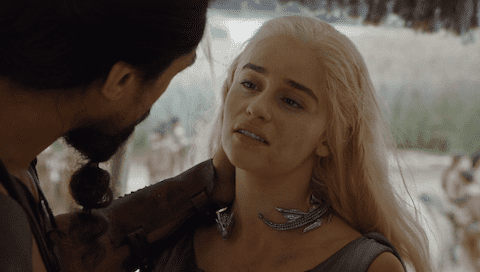 Meanwhile, somewhere in Essos …
Those Dothraki that captured Daenerys at the end of last season are marching her around somewhere in Essos. She’s keeping it pretty mum, like a Tyra Banks experiment, not letting anyone know that underneath this obligatory light dirt on the face, she’s actually a kween. The Dothraki men say all kinds of gross things about the curtains/carpet, but Danny reveals herself as a Khaleesi once she meets the Khal. Of course, once he finds out she’s a Khal widow, he promises no one will mess with her, but you know what would be really fun? If Daenerys went and lived out the rest of her days at the super fun, swinging community of all the other Khal widows. It’ll be like Dothraki Hot In Cleveland!

What did you think of last night’s Game of Thrones?

Previous Post: « Frank Ocean: Prince Made Me ‘Comfortable with How I Identify Sexually’
Next Post: Gay Activist and Editor of Bangladesh’s First LGBT Magazine Hacked to Death in Brutal Attack »