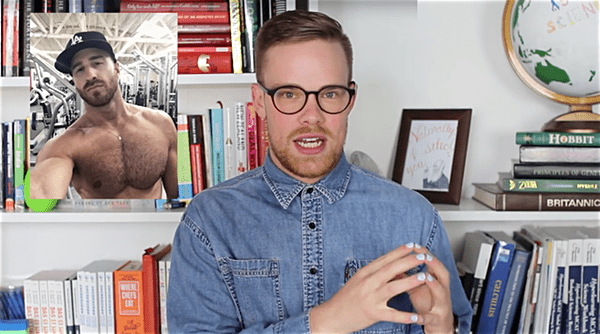 Greg of ASAPScience has created a new video on ASAPThought’s YouTube channel that asks what might seem like a surprising if not controversial question: are gay men more masculine than straight men?

He says, “[Gay men] are still looking for approval from other men quite constantly and therefore by definition, gay men are hyper masculine. But gay men also have to deal with homophobia which is directly linked to gay men being more feminine.”

PREVIOUSLY – ASAPScience Gets Handsy with a Lesson on Why Self Love is Good for You: VIDEO

Greg also delves into ‘masc4masc’ / ‘no femmes’ culture and what we can do to stop making femininity such a scarlet letter for gay men.