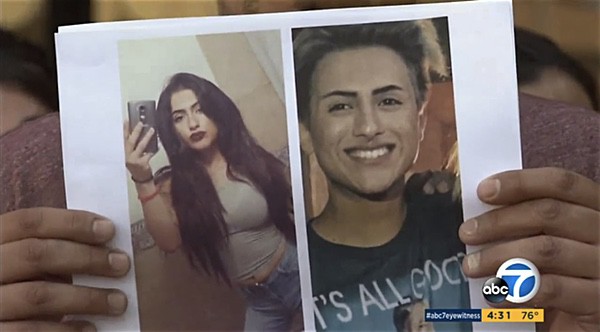 A transgender teen in Monterey Park, California is in serious but stable condition after being struck by a hit-and-run driver who did it intentionally, police say.

Reports ABC7 (who misgenders the victim):

Police said the crash happened in front of the popular Luminarias Restaurant shortly after 2:30 a.m. in the 3700 block of Ramona Boulevard Saturday. Police said the young man, who was dressed as a woman, was attending a party at the location when he was intentionally struck by the driver, who then fled the scene.

Said the nephew’s uncle: “My nephew is only 16 years old, and he has his whole life ahead of him. I don’t understand how somebody could just leave a human being on the side of the road and drive off.”

Police initially listed the victim as male, but it appeared the person was a transgender female teenager, officials said. Investigators had not been able to speak with the still unidentified victim Saturday afternoon due to the severity of her injuries, Lt. Tina Montoya said.