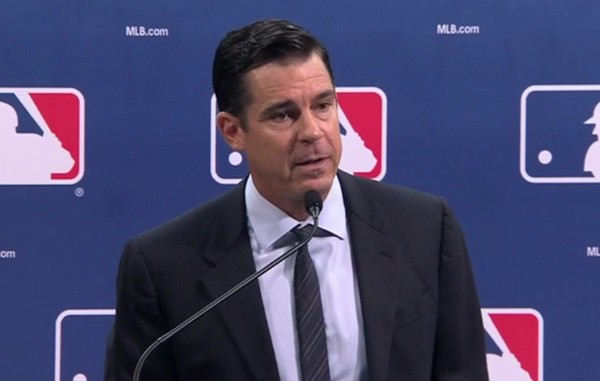 As you may have read earlier, The San Diego Gay Men’s Chorus was at the center of a disturbing incident that happened at Petco Park on Saturday night. Called upon to sing the Star-Spangled Banner, their singing was replaced by a recording of a woman (reportedly the anthem singer from the night before), nobody stopped it, and they were led off the field afterward while being taunted with “you sing like a girl” taunts from fans in the stands.

“This past Saturday night, it was very unfortunate that there was a technical error during the National Anthem at Petco Park. However, I want to convey that my former team, the San Diego Padres, has supported our inclusion message at MLB without hesitation, even before my return to baseball in 2014. They have led by example by inviting me, numerous times, to speak with their players and employees. I have also worked very closely with their owner, Ron Fowler, and team CEO Mike Dee, and I can assure you that they have made every effort to include the LGBT community and champion equality in MLB for each and every one of us. I’m so proud of the Padres organization for hosting an LGBT Pride event during the season, and I would hope that our community recognizes that error and intent are not related.”

The Padres have reportedly extended another offer to perform and have reached out to meet with the group.

we have extended the offer.